Just protecting your workers behind locked station is not enough, having more CCTVs is great but more important having trained able bodied armed security guards on the site!

Petrol station operators told â€“ You have a duty of care to protect your customers and not just yourselves-Â  you stupid idiots!â€™ Dr Jacob George 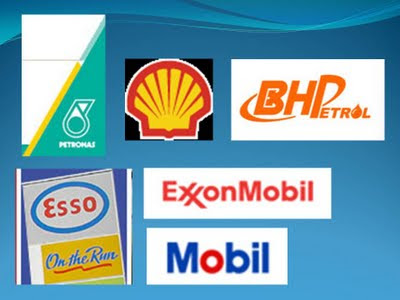 I am advised that a mainstream newspaper had reported that a group of Turkish tourists have been caught for a spree of robberies at petrol stations. From the report:

While other foreign tourists come to Pahang to spend money on shopping and sightseeing, a few Middle Eastern people have been making money by stealing and robbing petrol stations.

The robbers traveled in groups of three to five people, including women and children as young as 14, and had been going on a robbing spree since February.

Police have identified some of the Middle Eastern men and women involved.

They would walk into the stations under the pretext of changing money before grabbing the cash in the counter.

The question is herein asked: Why is it that petrol stations are targeted by criminals? Perhaps, it is the fact that the petrol station remains stationary, and is a convenient target. Criminals can plan when and where to attack — at their convenience. They may be hiding in vehicles parked or on motorcycles at the petrol station, simply waiting for the right moment (or the right person) to launch their attack on!

The incident above — grabbing money at the counter — is only a petty one. More serious crimes have occurred.

People have been robbed at petrol stations and human lives harmed. In 2007, a Singaporean man lost his car at a Johor Bahru petrol station, which was located next to a police station. His fingers were nearly severed. From the Malaysian Bar Council’s website:

As Mr Wong was about to get into his Honda, a black car pulled up.

Out jumped a man with a chopper and another with a baseball bat. The chopper-wielding robber aimed his weapon at Mr Wong’s head.

The blade sliced into the tendons of eight fingers and the third and fourth blows struck him on the neck, causing deep gashes.

Covered in blood, Mr Wong staggered backwards. The two robbers then jumped into his Honda and sped away, with the black car following.

The temptation to take money from the petrol station cashier is nothing new.

I am advised that in May 2008, for example, smartly dressed robbers descended from their Toyota Alphard upon two petrol stations in Simpang Ampat and Lubok Cina (Alor Gajah) and extracted a total of RM5,500 and various valuables.

Petrol station robbed, security guard dies.) In the second incident, the foolishness of the cashier in opening the door may be pinpointed as the main factor for the robbery ever taking place.

Another factor may be robbers which lie in wait at banks, watching people who make big withdrawals.

But how often do robbers watch from within banks? It is possibly a collaboration between the robbers and the security guard. In September 2007, a 28 year old businessman was robbed at RM275,000 at a Petaling Jaya petrol station.

The report mentions that he was with “a security guard that he had hired for the day”. It was also reported, “As the armed robbers then ran towards their getaway car parked outside the station, the security guard fired two shots from his pump gun but missed.” (Ref: The Star, 8th September 2007. Four men rob businessman of RM275,000 at petrol station.)

How likely was it that the security guard would miss the robbers?

The incident also appears suspicious in that the robbers were armed with parang while the security guard had a pump gun. (Found via Malaysia Crime Watch.)

Perhaps, with two security guards (instead of only one), the incident could have been averted. In November 2006, a robber who robbed a petrol station at Cheras of RM50,000 was shot by one of two security guards. He died on the spot. (Ref: The Star, 30 Nov. 2006. Man shot dead after robbing petrol kiosk.)

Some of the blame may be fairly placed on Mat Rempit, who were recently reported as causing the death of two pregnant women. In June 2008, Mat Rempit at a Bangsar petrol station robbed five women (three sisters and two cousins travelling together) of RM3,000. (Ref: The Star, 4th June 2008. Cops to be ruthless on bikers who attacked, robbed women.)

The issue of security at petrol stations is not a new one. In August 2007, some members of the public blogged at the Star Online about petrol stations staying open at night. One particular user, “Ngguanhuah”, wrote:

Good in house practices of keeping minimum cash for change, and keeping big amounts in a secured strongbox [which cannot be stolen] drastically reduce the incidence of robbery. Most petrol purchase transactions are by credit card, so the amount of hard cash at night is not too much.

Sadly our women folk – mothers, wives, daughters, grandmothers, have also being victims from robbery to been raped by robbers at petrol stations.

In May 2007, a woman opened her car door for a robber at a Johor Bahru petrol station. Her husband had gone to the toilet and a robber had gestured outside her window with a parang. She opened the door because she feared for her three year old son. (Ref: The Star, 4th May 2007. Gang-raped in terror carjack.) She also lost her car that night. One month later, in June 2007, a 35 year old woman was raped when her 55 year old contractor friend was overpowered at a Johor Bahru petrol station. In this incident, the criminals left in another vehicle. (Ref: The Star, 14th June 2007. Another woman gang-raped.) (Found via Scott Thong’s blog.)

Women should also take extra precaution when driving out alone late at night and walking in empty or badly lit car parks.

This is after an increase on the number of robbery cases involving female victims.

Among the latest victims in 2011 were 65-year-old retired teacher and a female doctor who was at a Shell petrol station at Kayu Ara PJU 6a last Wednesday August 24th at 6am when she was robbed by two men on a motorbike.

The footage of the crime was caught on the petrol stationâ€™s CCTV, and shows the robbers carrying out the said robbery in the presence of other patrons.

Each time a handbag is stolen, important documents like Identity Cards, driverâ€™s license, ATM cards, passports credit cards are lost as well, resulting in unbearable trauma and anxiety for the victims.

Finally, a video dated 6th Feb 2006 shows a robbery taking place at a Malaysian petrol station. It shows that robbers at a petrol station, late at night, would pretend to buy something so that the cashier will open the cash box.

I wonder which petrol station it was.

Back to the story of the Turkish “family” — using women and children is really a clever idea.

In September 2008, newspapers in Hull, England, reported that an eight year old boy collaborated with an adult to steal “Â£150 from behind the counter at a petrol station in Sutton Road”. (Ref: Yorkshire Post, 25 Sept. 2008. Caught on video: “Artful Dodger”, 8, robs petrol station.)

Petrol station operators have a duty of care to protect their customers and not just themselves, you stupid idiots!