Once again, I think there is far too much politics in our daily life and for once, on the eve I will personally refrain in addressing such issues!

Instead I wish that 2013 will be a far better year than 2012 and that there will be a returning to sanity, good governance, accountability, zero tolerance for corruption and abuse and most importantly, that mutual respect, dignity and decorum will be the order of all parties and groups in Malaysia!

‘The truth is even in Malaysia women are not safe, let alone, very young girls, students and babies who are molested and raped by certain animals called ‘fathers and step-fathers!’’ Dr Jacob George

It is pure unadulterated madness of a country with a 1.2 billion population, an economical giant and the nation where the Mahatma hails!

But it is a nation like many others today a pale shadow of what it was or could be, doing little to curb the abuse of women!

More damaging a poll that stated that it was the worst place to be a woman because of high rates of infanticide, child marriage and slavery.

Shocking but true that New Delhi has the highest number of sex crimes among India’s major cities, with a rape reported on average every 18 hours, according to police figures.

Worst even Government data show the number of reported rape cases in the country rose by nearly 17 per cent between 2007 and 2011.

And adding to the statistics is a young all to live for 23-year-old medical student who passed away at 4:45 a.m. on Dec 29, 2012 not in her birth place India but in a faraway land called Singapore where she was sent to prevent new protests and possibly fresh confrontations with the police, especially in the Indian capital, which has been the focus of the demonstrations.

Rightly that Indian gang-rape of the victim in New Delhi triggered nationwide protests and a weak New Delhi government thought putting her on a plane for Singapore will take off the heat? 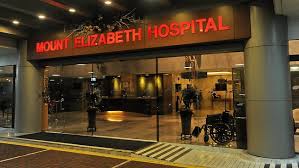 Many of my dear medical experts friends in Delhi and another lead Malaysian Surgeon questioned the decision to airlift the woman to Singapore, calling it a risky manoeuvre given the seriousness of her injuries.

Both shared that India already had the best possible care and the airlift to Singapore was a risky manoeuvre given the seriousness of her injuries. 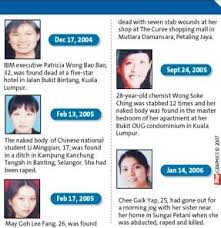 The truth is even in Malaysia women are not safe, let alone, very young girls, students and babies who are molested and raped by certain animals called ‘fathers and step-fathers!’

First, I noticed this white Proton Waja which was modified registration number WNL2475 tailgating me on the federal highway, then moving to the left to force me off the road!

I managed to out maneuver him and he ended up front and I decided to follow to document the event but he pulled up into the left taking off into Sunway Pyramid area so I did a u-turn and decided to come back into the federal highway enroute home!

Suddenly he is back behind me but this time again trying to force me off from the right but I slowed down quick and he had to pass me and into the federal highway towards Subang Jaya – I followed capturing him on film and saw him turning into Subang Jaya and waiting for me to follow but I did not! I already had him on film and the registration number!

But it was a frightening episode as I was driving with my left hand bandaged!

I could have been killed or seriously hurt last night!

Drivers out there beware of this lunatic and IF anyone out there knows this owner please alert me!

Gosh – it was a traumatic experience when you have a mad driver trying to force me off the Federal Highway last night at about 1.00 to 1.20am as I was returning from a Church Christmas gathering!

The entire episode lasted over 25 minutes!

The vehicle, a white Proton Waja registration number WNL2475 eventually went into the entrance of Subang Jaya from the federal highway!

Who is the driver and what was his motive to want to hurt me?

Tomorrow I shall use my Home Ministry connections to find out the identity of this driver who was hell bound to cause serious bodily harm or even death!

It is Christmas and I shall be kind and just say a little!

May The Almighty Help Us! This has been the daily reruns and DNA of this administration where what the head says publicly and the body does administratively are virtually poles apart!

And why the caveat and hurdle of below RM500.00 price tag put on consumers so happy and thrilled at the governments announcement?

And who made this decision? Certainly not the Premier Pak Jib!