HAVE A BLESSED CHRISTMAS 2012 ALL OF YOU MY DEAR FRIENDS BOTH HERE AND ABROAD! MAY THE MESSAGE, SPIRIT AND JOY OF CHRISTMAS BE FELT, EXPERIENCED AND SHARED :O)

‘TIME TO MEET MY FRIENDS IN BLUE ABOUT THESE ROBBERIES!’ – DR JACOB GEORGE

Consumerist: Women Drivers And Shoppers Alerted – Robbers On Motor Bikes Are Back!

Dear Friends,
I received this information and herewith share this with you. This is to alert you to be careful when out at your Christmas shopping!

This was what happened to a friend’s sister this afternoon around Lunch time!!

Do be extra careful when driving anywhere!

The alert I received:

‘Just to let you folks know I encountered a scary incident today at
entrance to Paradigm Mall in Kelana Jaya .. so warning you to be alert.

I was driving with my friend to Paradigm Mall for lunch. As I was reaching the Mall and entering into the entrance I could see in my mirror a motorcycle with a rider and pillion-rider . It didn’t strike me as anything as I thought they’re just customers going into the Mall.

I stopped my car at the parking meter machine and wind down the window to take the parking ticket.

Suddenly a hand came in through the window and grabbed my chain !!

My immediate reflex action was to hold on to my chain and wind back my car window… manual window !!!

I could see the security guard running over to my car.

The thief withdrew his hand from the window .. either ‘cos he saw the guard, or he was afraid his hand might be jammed by me winding up the window. My chain was still in my hand but the contents on my chain were missing…. a Buddha pendant, my gold talisman, my Mum’s wedding ring and two ” R ” and ” B ” gold pendants that the ex-Bell Canada colleagues gave me.

I thought the thief got them but luckily the ring and ” R ” and ” B ” pendants fell on the floor of the car, and the Buddha pendant and gold talisman were stuck in my bra !! hahahaha…. so I didn’t lose anything… just scary and it happened so fast !!!

The incident was caught on CCTV camera. I didn’t know until I went over to the Concierge counter to relate to them so they could warn other customers and ask the security guards to be on the lookout !!

The Security Manager told me then that they were looking out for me to check if I lost anything .. and then showed me the incident on the
CCTV camera.

They tried to look for the criminals but the motorcycle doesn’t have a number.

Scary eh ?? Least expected – to be snatched at a parking entrance.!!

Those guys probably saw us at traffic lights on the road or something… seeing me wearing a chain and followed my car !! Luckily my handbag was on the floor beside me .in the car .. beyond reach… and I always locked my car doors. 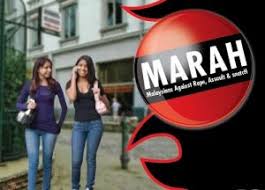 So, just to alert you … be careful when you’re are out! 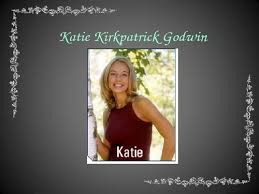 Consumerist: Selfish, Self-serving, Silly Malaysian Politicians Destroying All Good Works Of The Founding Fathers – May This Story Help You Reflect!

A very touching real life story! When you read such stories you cannot but feel ashamed of how we treat one another in real life situations, the ingratitude, power politics, double speak, hypocrisy both religious and otherwise, the manipulations and our sometime pretentious life and lifestyle!

Trust this story helps you as it did me this morning after my morning devotion and quiet time! Blessings! – CASSA Chief Dr Jacob George

How’s this story for a reminder to reflect and watch over their actions that “We don’t know we’re alive” and when alive to do and speak good, not evil, to build bridges not walls for personal political obsession and expediency!

Katie had terminal cancer and spend hours in
chemotherapy.

Here Nick awaits while she finishes one of the sessions…

Even in pain and dealing with her organs shutting
down, with the help of morphine, Katie took care
of every single part of the wedding planning.

Her dress had to be adjusted several times due to Katie’s
constant weight loss.

An expected guest was her oxygen tank. Katie had to use it during the ceremony and reception.

The other couple in this picture is Nick’s parents, very
emotional with the wedding and to see their son
marrying the girl he fell in love when he was an adolescent.

Katie, in a wheel chair listening to her husband and friends singing to her.

In the middle of the party, Katie had to rest for a bit
and catch her breath. The pain does not allow her to stand for long period of time.

Katie died 5 days after her wedding.

To see a fragile woman dress as a bride with a beautiful smile makes
you think… Happiness is always there within reach,
no matter how long it lasts.

Let’s enjoy life and don’t
live a complicated life. Life is too short. Work as if it was your first day.

Forgive as soon as possible. Love without boundaries. Laugh without
control and never stop smiling

And please do pray for those suffering from Cancer.

Consumerist: Will Desperate Assad And His Generals Use Chemical Or Biological Weapons To End It All?

As the way the carnage is happening, no one doubts the prospect of the Syrian regime’s disintegration looms, so too do worries about Syria’s huge arsenal of chemical and (possibly) biological weapons either being used in some apocalyptic final act or falling into the hands of terrorists.

And why do I say so?

There were indeed reports on July 12th that chemical weapons were being removed by guards from storage, probably for consolidation in more secure areas.

On July 23rd, a few days after the killing of four of President Bashar Assad’s most senior security enforcers by an insurgent’s bomb, his spokesman made a curious statement saying that “any chemical or bacterial weapon” would never be used against fellow Syrians and would only be deployed in the event of “external aggression”.

The weapons, he concluded not very reassuringly, were “stored and secured by Syrian military forces”.

Quite what message was intended is not clear.

But it was frightening that it was said in the manner it was!

I am advised in Washington and London it was perceived as a threat that the weapons could in fact be used!

But after what happened in Iraq with the so called ‘intelligence on WMD’ no one today believes stories or intelligence coming from Washington! 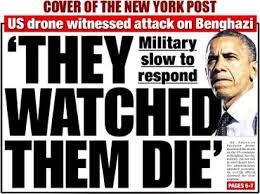 More so, when they have to yet get their story or spin right on what actually took place at Benghazi!

I strongly feel that the Syrian regime was trying to convince its own wavering supporters that there were limits on how far it was prepared to go.

I have been advised that Western intelligence agencies have been monitoring Syria’s stockpile of chemical weapons and have been trying to work out what to do about them.

For the record Syria is the first country with weapons of mass destruction (WMD) to be ripped apart by civil war!

We live in very Frightening times, no doubt! 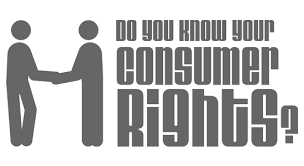 ‘But what shocks this consumerist of late is the holding of bogus auctions, insider dealings between bank officials and company directors who had taken huge loans from banks after giving ‘kick-backs’ to bank officials and banks furthermore illegally ‘selling’ ‘inactive loan accounts’ to third parties and debt collectors, thugs and goons without due notice to consumers.

When court proceedings are initiated it is a pity that Malaysian Judges have not yet asked that consumers affected be asked to be present to allow fair-play, fairness and equity to operate!

What is even worse is when these third parties threaten, blackmail, ostracize loan defaulters with legal action, and of late make personal body visits to the homes of account holders without appointment!

One loan defaulter was so shocked at the unannounced visit and verbal assault of the a ‘third party’ at his home when relatives were visiting that he suffered a heart attack!

I cannot but wonder whether Bank Negara is still watching over these issues or is still in a state of comatose more so when some of these belong to politically well linked individuals well placed on many roll of honors with their Tan Sri titles and so forth?’
CASSA CHIEF – Dr Jacob George

CONSUMERIST: CORRUPT MALAYSIAN BANKS WITH DIRTY LAWYERS, AND LOAN SHARKS MONEY LAUNDERERS WORKING TOGETHER AGAINST CONSUMERS AND THE MALAYSIAN COURTS MUST ACT AGAINST SUCH BANKS! 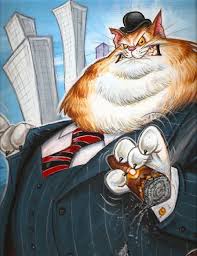 In the past we have heard of symbiotic relationships between high powered politician bankers and industry players sucking up to them for million ringgit loans that often goes bust leading to bail outs leaving no one criminally responsible though an independent due diligence and forensic accounting of the paper trail can prove criminality!

But that takes politicians, politician bankers and industry leeches captive to public accountability and in some countries the political incumbents can fall!

We have also heard of other relationships where foreclosures and auctions are done with the revelation of insider information for various players to make a fast buck at the expense of house and car owners!

But we do not see the similar vigilance when it comes to facilitating draw downs of loans to developers when construction projects especially housing is concerned that has resulted in thousands of abandoned housing projects and equally thousands of house buyer victims and to date justice still eludes them in this self righteous land which some allege to have a ‘perverted definition of urgency and justice!’

But what shocks consumerist of late is the selling of inactive loan accounts to third parties and debt collectors without due notice to consumers.

What is even worse is when these third parties that threaten, blackmail, ostracize loan defaulters with legal action, and of late make personal body visits to the homes of account holders without appointment!

The new methodology is no better than what Malaysians notorious Ah Longs do where the objective is to put the loan defaulter immediate under pressure!

In a recent Port Klang case a company who is a subsidiary of a controversial PLC managed to take a loan of RM10 million on a property then cheat with the help of the bank insiders an innocent businessman who came on board to purchase that said property based on representations that were absolute lies and even peddled by a practicing senior lawyer, the vendor and Bank fails to deliver vital documents causing the breach facilitate the theft of his 10% deposit which is used to rescue the former who according to reports is notoriously infamous for the wrong reasons even in Singapore and knowing fully well that this businessman is the beneficial owner of the said property organizes a sham auction and tries to make greater ill-gotten profits!