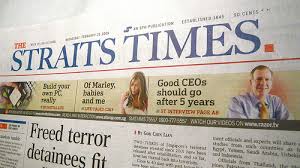 When the much talk about double track project was initiated there was the same euphoria and spins of major travel break through, of commerce and travel increasing of huge multi tier benefits for all and sundry!

Many tiers from politicians, contractors, industry captains, brokers, broker-ministers, members of the press got on the act as they managed the project heightening people’s expectation!

Not to forget the many ‘twist and turns’ by the then politicians upsetting India and favoring crony Malaysian contractors before another Prime Minister reversed certain decisions and awarded a portion of the said project back but not without anxiety and red faces in diplomatic circles!

Now in 2013 all we see and hear of is of cost over-runs, multi millions made off by crony contractors their political and managerial handlers and others building their political war chest!

I should know having in-depth knowledge of many of these unfortunate tales.

Now we see the same kind of spin, energy, euphoria, political diarrhea and foaming from industry captains, politicians and others out to make another fast multi millions without assessing financial exposure and collateral damage to other stakeholders in the transportation business!

So it is utter big time poppycock and bullshit that the planned multimillion ringgit KL-Singapore high-speed rail link is going to be anything but another cash cow for vested interest groups, crony industry captains and pseudo politicians not the average consumer interest!

The truth is it is more favorable to Singapore than Malaysia by all counts!

Singapore Straits Times can spin for all they want that:

* the spin-off benefits of a completed rail link would be felt in many areas besides trade, investment, services, tourism and leisure:

* that it will transform the way people interact, the intensity of our co-operation and the degree to which we become interdependent on each other and therefore have stakes on each other’s success

* that it will bolster already improved economic ties between the two nations.

Worst the Straits times had the audacity to suggest any form of alternative view on such a mammoth financial endeavor would be ‘hostile’ and ‘politically motivated’ or hold ‘the ‘project hostage to their political agenda’ – whatever that means in the layman’s language in Malaysia!

If this is not the height of arrogance I wonder what is!

I must remind the Singapore Straits Times that in Malaysia we still have environmental Impact Assessment studies and public interests to take cognizance!

As far as I am concerned, this project is politically motivated, it will enrich connected cronies from both sides of the causeway, positions Malaysian interest far below that of Singapore and only be a boon financial and otherwise to those already enriched by such bourgeoisie schemes which is a sheer wastage of both private and public funds and ultimately destroy the rights and interests of other stakeholders in the transportation business here!

‘Of course today, Fuad Hassan is a fast fading politician, perhaps hoping to revitalize his fading popularity by attacking a soft target like a community based NGO and trying very hard to stay politically afloat and relevant in a political climate and atmosphere that is rapidly changing!’ – Dr Jacob George

Consumerist: Fuad Hassan – Shame On You Man For Your Despicable Statement On CAP And SAM!

What desperate and fading politicians do in the eye of been made politically irrelevant!

So it was a high on ‘stupidity and arrogance’ to even remotely suggest that Malaysia’s highly respected Penang-based environmental NGOs Consumers Association of Penang (CAP) and Sahabat Alam Malaysia (SAM) have plans to topple the BN government let alone, be a foreign agent!

More so, when the statement is made by an individual who has ‘worked with’ both CAP and SAM in the 70s and 80’s knowing fully that we are committed to both issues of consumerism and environmental degradation!

And issues are dealt without fear or favor least, political posturing or slant!

And I should know as I worked with both NGOs then and we all used to meet regularly for tea and discussions and collaboration and joint programs when Fuad Hassan was a member of an NGO then founded and linked with Anwar Ibrahim!

Yes, indeed, times have past and changed and new political alliances built for self preservation but must TRUTH and HONOR be sacrificed at the altars of political and private gain?

Perhaps, Fuad has forgotten all this!

Of course today, Fuad Hassan is a fast fading politician, perhaps hoping to revitalize his fading popularity by attacking a soft target like a community based NGO and trying very hard to stay politically afloat and relevant in a political climate and atmosphere that is rapidly changing!

More so, with the impending GE13!

But that is no excuse to defame CAP and SAM maliciously for his personal agenda whatsoever it may be!

Perhaps, your years as a politician had caused selective amnesia and change but all the same – shame on you man!

“I have just one question to ask? Have criminal gangs taken over Malaysia?’ – Dr Jacob George

This was sent to me by a friend!

I am publishing it as I got it which includes his questions!

This car was from opposite direction.

One Indian guy tall n slim came down & run towards her car holding something like axe (photo NO.1) & start smashing right side windscreen.

My sister reversed her car but hit n blocked by those neighboring car (park at corner).

Then again try to smashed the passenger side window to take recycle bag my sister put breakfast but the “axe” slip & nearly hit my sister.

He then ran away by driving pass through my sister.

WHEN SHE WENT TO MAKE POLICE REPORT, ANOTHER 2 VICTIMS ALSO CAME & MADE POLICE REPORTS ROBBED BY THIS SAME ROBBERS. ALL THIS HAPPENED AT TAMAN ENG ANN.

*** ARE WE SAFE AND ARE CRIMINALS CASES IN MALAYSIA IS DECREASING?

Below another CCTV evidence of another robbery at a Shell station in Sg. Ara, PJ where a woman was robbed and traumatized! Are these two robbers still out there to cause more trauma and nightmare to innocent women folk? 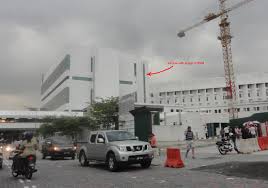 At the time of writing I have just returned from several observations at a nearby private hospital where a decade ago I had worked before unceremoniously retrenched and had to fight a court battle of over 12 years to get justice!

It was 12 years of pain, suffering and turmoil not just for me but my family too.

I would not want that traumatic experience even for my worst enemy!

It is quite clear that the several sacred pictures are again beginning to appear and I cannot but pause and ask that pertinent question that has yet to be asked! 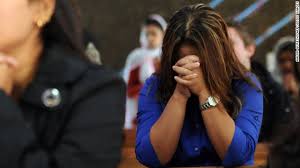 The meaning of it all?

“And there will be signs in sun and moon and stars, and upon the earth dismay among nations, in perplexity at the roaring of the sea and the waves, men fainting from fear and the expectation of the things which are coming upon the world; for the powers of the heavens will be shaken.” (Luke 21:25, 26)

“For nation will rise against nation, and kingdom against kingdom, and in various places there will be famines and earthquakes. But all these things are merely the beginning of birth pangs.” (Matthew 24:7)

Like millions around the world the Tsunami caught the world’s attention and I as we witnessed its wrath first hand in Batu Feringgi, Penang December 26 which is well documented!

Most recently major hurricanes have filled the news.

We have had changes to weather patterns and great calamities.

A comet just passed us and a meteorite just hit Russia causing mayhem!

These natural or supernatural disasters have raised a question in the minds of many Christians—“Is this God’s judgment?”

This is a simple question; the answer is complex.

In order to understand the relationship of calamities in history to God’s wrath against sin, we need to first establish some important categories by searching the Scriptures.

Furthermore we need to understand the difference between exemplary judgment and the direct outpouring of God’s wrath against the whole world at the end of the age.

Perhaps, we will conclude that the hurricanes and other destruction that have ravaged parts of America and the world show us that we are living in the end times, we are weak, vulnerable creatures, and we need to repent because these are merely birth pangs that precede the future outpouring of wrath predicted in the Bible.

However, the hurricanes themselves are not God’s direct judgment on cities or nations for particular sins.

I have two reasons for saying this: 1) there are no inerrant, authoritative prophets to tell us this 2) they do not fit the pattern of exemplary judgments in the Bible because the righteous were not spared.

But just focusing on the reappearing of the sacred pictures in a private hospital in Selangor, Malaysia strikes fear in me as we witness concerted efforts to belittle, smear, maliciously defame, hurt and criminally intimidate Malaysian Christians for an idiotic political agenda by pseudo theologians masquerading as authorities of religion, statesmen and politicians! 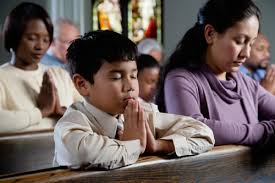 And analyzing the various political ‘pulls and pushes’ and the ‘double speak, arrogance, deceit, hypocrisy of it all, the selective bashing makes me ask my fellow Christians to ‘watch and pray’ most importantly, this lent so that we will be preserved and protected whatever happens, as we claim Psalm 23, 91 and Isaiah 54:17 and other sacred scriptures!

May the Peace and Protection of GOD Be With You!

Consumerist: Again Terengganu Stadium Down, People Hurt But No One Found Criminally Liable Yet?

It is not a joke but I am shocked that lessons are never learnt thanks to dominant political power, alleged cover up and dirty minds and hands at work?

I am surprised why there has been no criminal investigations so far initiated in the public interests?

Is it because we have lost the high moral ground to high powered unlimited corruption in the construction industry?

So the steel structures of the roof of the RM270 Million Sultan Mizan Stadium, Kuala Terengganu has collapsed this morning, injuring three construction workers.

If I am not wrongly advised – reconstruction work began last year after the 2009 collapse after being up just a year!

The three injured workers have since then been hospitalized.

Generally such collapse happens only when there is shoddy workmanship, design and engineering flaws, inferior materials, and
management and professional incompetence!

We should not eliminate corruption that runs into multi millions and its part in this yet another classic case reminding us that corruption is truly alive in Malaysia and Malaysia’s big boys of corruption are still out there free to create more chaos in our construction industry as monies change hands and individuals close more than one eyes to incompetence and cheating!