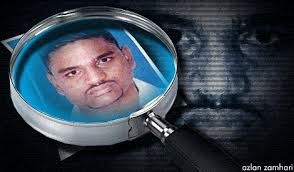 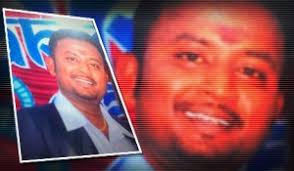 In any civilized country, governed by the rule of law, of statutes and the maxim – ‘innocent until found guilty’ assaulting a suspect or an accused to extract information is punishable under the law and in the light of today’s international laws and norms post 911 – it is universally rejected and frowned upon!

Sadly in the controversial death of Dharmendran and its initial circumstances, it is a fact now that the said pathologist report has confirmed that the injuries sustained by the diseased caused his death and the staples that were stapled to his body, only added to the cruel manner in which the assault and torture were carried.

As such, I cannot but concur with my learned friends that in any civilized jurisdiction those behind this case in point would have been immediately arrested, charged for murder and remanded pending investigations.

Unfortunately there seems to be a debate going on in the public sphere and my dear friend newly minted Home Minister been perceived to show inexplicable and unusual sympathy and sensitiveness towards the perpetrators of these alleged offenses rather than the victim and most importantly public interest?

I am certain educated Malaysians – all 27 million of them, which includes opportunists illegals masquerading as Malaysians are not pointing a finger at the entire Malaysian Police Force!

We have many fine, dedicated and honest officers of the law!

Many among them are my very close friends and they have carried themselves and their office with dignity, decorum and decency!

Like other Malaysians I am concerned about the few ‘bad apples’ who in the first place should never have been admitted in the force but now ‘part and parcel’ of the system, whose continued presence only hurts the image of the force and provides hurdles in clearing an em-battered image, an alleged image – of the police as official henchmen for the ‘underworld and crooked politicians!’

This is of course wrong and sad!

There is a vast difference between disciplining and demoralizing and the sooner we get that sorted out the faster public perception will change for the better!

Any action taken sooner will show our focused moral and professional judgement!

Let us stop patronizing, pampering and indulging in political rhetoric but instead initiate firm action where wrongdoers are punished and made an example of the rather high moral standards set for an officer of the law!

In the meantime, we may need to hire more cyber-troopers to spin as the international media has picked up this story on custodial deaths and it has now gone viral! Pun intended!

I am now ashamed – very ashamed – do not know about you though!

It was a timely advice by our beloved Sultan of Selangor, Sultan Sharafuddin Idris Shah who advised the Selangor state leadership on what I see as 7 key areas of importance!

The 7 key areas as I see them been as follows:

1. Fulfill the pledges made in the recent general election in a fair and equitable manner based on the federal and the Selangor state constitutions.
2. To develop a programme that would give real impact to the state to achieve progress and prosperity.
3. When discharging duties to be guided by the regulations and law that had been drawn up and never breach the law and do anything as one likes and most importantly – to stay away from corrupt practices
4. To understand the needs and requirements of the people and to always give emphasis on solidarity based on the concept of muhibbah between the races.
5. To close to the people and understand their aspirations and needs and to always resolve the problems faced by them.
6. Not to make empty promises to get votes then disappear!
7. Not to make personal gains after having received the mandate from the people!

Morocco’s much loved and respected King! (above 2 photos)

Consumerist: Can Anyone Learn A Lesson Or Two From This Fine Example?

They did not say one thing and do another neither did they tolerate racist and vulgar taunts of minorities in the land!

They practiced not an ‘elegant silence’ when racist, fascist individuals uttered seditious utterances and threats! 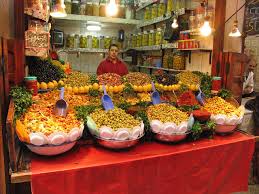 They are peace loving, GOD fearing humble devout individuals who practiced what they preached!

That was seen publicly when an official statement was made that all Moroccan synagogues to be renovated!

Morocco Prime Minister Abdelilah Benkirane (above left) represented King Mohammed VI (bottom two left) in an inauguration ceremony marking the completion of a 17th century synagogue restoration project in Fez. In 2011, when a new constitution was adapted, the king said that Jewish places of worship throughout Morocco should be restored, even as the Arab spring roared across North Africa. The newly renovated Slat Alfassiyine synagogue in the heart of one of the world’s oldest medieval cities, the country’s cultural and spiritual nucleus, symbolizes how seriously he took that mandate.

With Hamid Chabat, Mayor of Fez and Secretary General of Istiqlal Party, speaking on the King’s behalf, Prime Minister Abdelilah Benkirane said that the synagogue’s restoration bore ”eloquent testimony to the spiritual wealth and diversity of the Kingdom of Morocco and its heritage.”“The secular traditions of Moroccan civilization drew their essence from the fact that Moroccans are deeply ingrained with the values of coexistence, tolerance and harmony between the different components of the nation,” the king said, Naharnet reports.

At one time, scores of Jewish communities were scattered throughout North Africa before the 1948 Arab-Israeli war, when a veritable exodus of Jews living in any Arab/Muslim countries occurred. Whereas 10,000 Jews called Fez home in early 1900, there are now thought to be only 3,000 Jews living in the entire country.

Small clusters of moderate or secular Jews can be found in Fez, Casablanca, Marrakech and Essaouira. And they are protected from persecution by law. Rather than shun Jews, according to various sources, the King acknowledged that Judaism plays a crucial role in the country’s national identity.

The ceremony to honor the restored synagogue, which project received $215,000 from Germany, was held in the Medina amid a warren of narrow alleyways and merchants who have long sold their wares in what has been a UNESCO world heritage site since 1981. 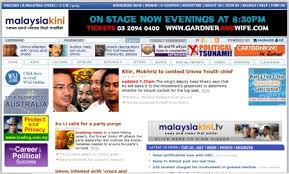 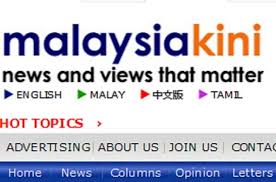 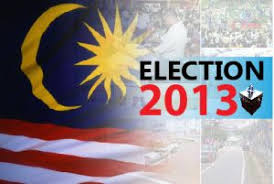