‘In the final analysis, whichever way you want to spin it – it is a betrayal of trust when you ‘force’ the vacating of a seat for a political agenda – this is morally wrong and raises issues of political integrity!

Consumerist: Karpal Singh Told: Kajang By-Election Is A Question Of Political Integrity And What Is Morally Wrong!

As far as I am concerned, Karpal Singh got it wrong and now Kajang voters are urged to make the by-election a barometer to judge the opposition!

The question is has the by-election been called to address an internal power grab and aspirations of a camp who were sidelined and another who wanted to be Menteri Besar?

Irrespective of how opposition politicians want to publicly play it – the truth is they are embarrassed by what has happened!

It shows opposition politicians are no better than those they criticize, in fact worst!

It is worst when experienced politicians who should know better make silly and unintelligent statements like the following:

1. That the – ‘projected RM2 million expenditure for Kajang by-election was “nothing” when compared with the opportunity it would present to the voters to express their feelings on the current happenings in the country.

2. That the –‘by-election provided an opportunity to the people to pass judgment on the surging prices of goods, goods and services tax, and the Allah issue.

3. More incomprehensible when it is said that – ‘by-election, either for a federal or state seat, was necessary to provide a political barometer on how lay public adjudge post-general election performance of incumbent government.

4. But one thing he got correct – that the by- election will give Malaysian voters @Kajang Voters an opportunity to examine and assess the alleged high moral ground not of the Federal government but the opposition!

In my analysis – it is a betrayal of trust when you ‘force’ the vacating of a seat for a political agenda – this is morally wrong and raises issues of political integrity!

The 38,965 registered voters must now send a signal that a wrong is a wrong and that they will not be used for narrow, greedy political power plays by any party – even if it is the smooth talking opposition!

One final point – As far as the escalation of prices of goods and services are concerned we are already addressing them while the opposition are busy politicking and addressing internal political feuds with uncontrolled lust for power! 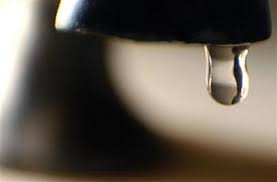 Selangor consumers are fuming mad and they have every reason too – been the start of the long holidays and Chinese New Year but water supply to their homes are cut since early morning!

No warnings, no alerts – it is cut!

My hand phone kept ringing, both of them, as if I was the Minister and within 4 hours clocked over 97 calls upsetting my desire to lay low and rest after been in the storm of public policy changes lately!

I made many calls too to journalists, TV stations, policy makers, our YBs but today no one is answering except this idiot called Jacob George!

Final straw – I will SMS the Prime Minister & his Deputy – two individuals who I know are on the ground at this instance addressing community woes and issues!

I will ask them to kick the backsides of those expected/paid to address these grouses in a highly efficient and professional way!

At least eight gravestones at a Christian cemetery in Tanjung Api near Kuantan were damaged by vandals.

Most have its structures broken including crosses using a heavy tool. Several others had its flowerpots as well as other stone markers damaged, removed and smashed into pieces.

Kuantan Tanjung Api Christian Cemetery Committee chairperson Datuk Jack How said a grass cutter who was engaged to clean the cemetery monthly spotted the damaged and alerted him early Wednesday.

How said a police report was lodged after he inspected the site.

So what happens now – action or no further action?

‘It is sad that other members of the opposition coalition have remained silent at this travesty and betrayal of the voters trusts any which way, you look at it!’

It is truly sad and a pity that a by-election is been called just to address what is clearly a power struggle, abuse and internal squabbles in PKR!

At a time when the federal government and all of us are going to the ground to make certain there is no wastage of government funds, address the escalation of costs of living and prices of goods and services – the greed for power in the opposition camp engineers a by-election burden and wastage of human and financial resources!

It is now clear as if to the Malaysian voters how cunning, manipulative and greed stricken the opposition are in doing so.

And they have the audacity to call for a political fight and attempt to draw in political players from outside the opposition camp as to give an impression of authenticity and credence to a betrayal of trust of the Kajang voters!

By ‘forcing’ this illegal act – morally and by all standards of accountability, good governance, transparency, decency and ethics – can we now trust them?

It is sad that other members of the opposition coalition have remained silent at this travesty and betrayal of the voters trusts any which way, you look at it!