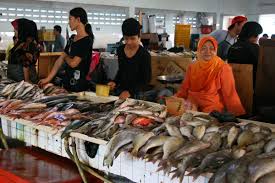 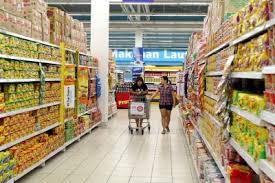 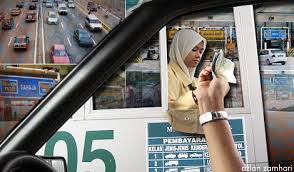 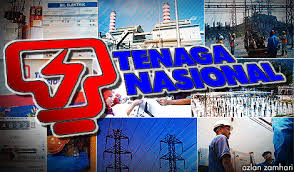 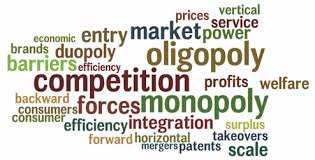 CASSA also thanks our hardworking and dedicated team of owners, management, staff, INTI College students, academicians, policy analysts, well wishers all working behind the scenes to make this an absolute success and a big thank you to each and every one of them!

CASSA truly salute all of you!

‘We know that this personal theft of data is also common in Malaysia and I have red flagged, shouted, screamed and slammed gatekeepers for failing their duty of care and at this incident I raise once again the Red Flag and ask a pertinent question – How safe is Malaysian consumer’s personal, private and financial data from such scums and abusers?’

CASSA/Consumerist: In The Light Of South Korea Scandal – I Ask Again – How Safe Is Malaysian Consumers Credit Card Data?

This is among the topics I am asked by the nation’s top Surgeon, a dear close friend of 30 years – whenever we meet over a meal!

It becomes a cold, calculated , vulgar and a heinous crime when 20 million Koreans were subject to this outrage and theft in a nation of 50 million!

It becomes even more outrageous when it is the work of a technician hired by the Korea Credit Bureau, a ratings firm that the credit card companies had hired to help improve their systems to protect client data!

It hurts when consumers are told what happened was their – private and personal data which included the names, phone and South Korean social security numbers, email and residential addresses, salaries, monthly card use and other credit-rating information of clients were exposed!

The perpetrator is caught and so is the indicted two phone marketing company managers on charges of buying the stolen data from the technician!

I am truly shocked at these turn of events as – South Korea is certainly among one of the world’s most wired nations and been one of its most prolific issuers of credit cards.

The Korean government has indeed encouraged the use of credit cards to fight corruption, a bane of the country’s corporate world, by making financial transactions easier to trace.

Did you know that in South Korean a consumer can virtually live without carrying any cash.

I have always stated in Malaysian media interviews that I have always considered the theft of personal and private data as a serious crime and that those who carry them out and those who aid and abet them must be detained without fail!

We know that this personal theft of data is also common in Malaysia and I have shouted, screamed and slammed gatekeepers for failing their duty of care and at this incident I raise once again the Red Flag and ask a pertinent question – How safe is Malaysian consumer’s personal, private and financial data from such scums and abusers?

Let us have the truth for once!

It is also my prayer that this will pave the way forward for all politicians, both the young ambitious ones, the old rusty recycled out of touch with present political psyche and realities and those wanting to be active politicians hiding under NGO movements and other forms of civil society movements, to take a step back and think before they plunge the nation into chaos for short political gains!

Consumerist: PKR’s Lee Khai Loon Should Apologize For Targeting The PM In A Crude & Vulgar Manner!

‘Will A United, Harmonious, Prosperous And Successful Malaysia Be A Thing Of The Past Thanks To Political Adventurers And Shenanigans?
I pray not!’ 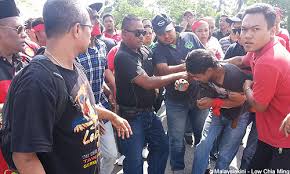 At a time when multi-racial, multi-religious and multi-cultural Malaysian society is inflamed by anxieties, fears, and provocation by racist and extremist elements, each and every day and night, – the protest by PKR’s Machang Bubuk state assemblyperson, Lee Khai Loon in my humble opinion, was extremely vulgar!

It is sad when politicians initiate political responses without first considering the impact and resulting response especially when Malaysia is now seen on a ‘national war footing of threats, counter threats, allegations, racist, seditious utterances and so forth unheard of in our nation’s past history!

Young Lee is a young new kid and I wonder whether his parents shared with him of our growing pains as a nation?

As such, he should take the timely advice from Uncle Lim Kit Siang and apologize over his kangkung-themed flash mob targeting the prime minister on Jan 16.

In the present climate of fear, anxiety, trauma it was an act that was excessive, offensive and insensitive!

I personally know it hurt the premier and many of us in the manner it was initiated and spanned across the social media!

Yes, by all interpretations of – It was insensitive!

There was no necessity whatsoever to initiate the protest the manner it was where kangkung was stuffed into the mouth of an effigy of Prime Minister Najib Abdul Razak!

The counter protest that was organized and the seditious and threatening tone that took place was also unnecessary!

More so when two bystanders were beaten up!
.
I pray that immediate and unconditional apology be forwarded by Lee.

It is also my prayer that this will pave the way forward for all politicians both the young ambitious ones, the old rusty recycled old of psyche with present political realities and those wanting to be active politicians hiding under NGO movements and other forms of civil society movements to take a step back and think before they plunge the nation into chaos for short political gains!

A political chaos which will invite nothing but doom and destroy all that we have worked and sacrificed for over 6 decades to make our nation a beaming beacon in the emerging markets!

Apologizing is not a weakness but a strength that shows the political maturity and wisdom of an individual!

‘Demonstrations and outrage are expected to be initiated at all Japanese embassies around the world as the world in horror watches the outrageous clips of naked, vulgar slaughter of dolphins!’

Consumerist: Shame On You Japan For Your Barbaric Act In Dolphin Slaughter!

It is not just Washington and Tokyo, normally the staunchest of allies, been drawn into an unexpected diplomatic spat over the annual slaughter of dolphins in a secluded Japanese cove but at this material time the world has joined in an growing chorus of outrage and anger!

Demonstrations and outrage are expected to be initiated at all Japanese embassies around the world as the world in horror watches the outrageous clips of naked, vulgar slaughter of dolphins!

I am aware that Japan’s top government spokesman, the shameless – Yoshihide Suga, defended the controversial cull in the town of Taiji as “lawful”, swatting away criticism from the US ambassador, Caroline Kennedy.

As you are aware Ms Kennedy, is the only surviving child of the assassinated US President John F Kennedy, who joined the chorus of global outrage this week when she said her government opposed the practice.

“Deeply concerned by in humaneness of drive hunt dolphin killing,” she tweeted, as fresh images appeared online showing apparently bloodied dolphins being herded into the cove for the slaughter, which is expected to take place today.

Conservationists say a rare albino dolphin is among about 250 of the animals thrashing behind nets overnight. “Babies and mothers will be torn from each other’s sides as some are taken for captivity, some are killed, and others are driven back out to sea to fend for themselves,” said the Sea Shepherd Conservation Society, which is monitoring the cull.

The hunts are notoriously brutal as I found out watching the pictures and clips coming out of the slaughter!

Fishermen on boats surround pods of migrating dolphins, lower metal poles into the sea and bang them to frighten the animals and disrupt their sonar.

Once the dolphins are herded into the narrow cove, the fishermen attack them with knives, before dragging them to a harbour-side warehouse for slaughter. The best-looking dolphins are separated and sold to aquariums.

Japan – You are a disgrace to humanity and the world!