‘Najib must have thought you were a team player and will assist the federal government and the various ministries thereunto to address many issues and among them, those close to your heart!’ 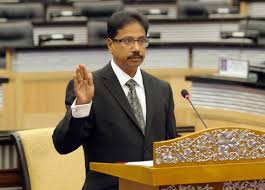 CASSA: You Failed Waythamoorthy – Not The Prime Minister!

My grandmother always told me never make ‘decisions or statements’ when angry or upset, as it clouds one’s judgment extensively.

You Waythamoorthy have done both!

You resigned without even speaking to the Prime Minister who took a major political gamble in bringing you in!

And ‘betrayal’ is the last word one should use on the Prime Minister Najib!

You Waythamoorthy were given an opportunity, none of us had despite our track record and credentials.

You were made a Senator, a deputy minister – all for what?

Najib must have thought you were a team player and will assist the federal government and the various ministries thereunto to address many issues and among them, those close to your heart!

Radical transformation takes time, resources and a detailed plan of action that is sensitive to the rights and interests of other groups in the peninsula and namely Sabah and Sarawak as well.

But it would have been addressed in time because the Prime Minister and his deputy were serious and committed to it.

Just as many of us were working behind the scenes to facilitate ‘safe passage’ back for you from abroad.

I personally spoke several times to the then Home Minister who gave priority to my request and who briefed the premier!

The government and administration of Premier Najib has done plenty and others in the pipeline and this is not the way to repay his support!

Today, you attack calling Najib a liar and you go beyond asking him to resign!

By the way who are you to ask the Malaysian Premier to resign?

Today, by your impulsive and despicable call you have betrayed and hurt many of us who work hard behind the scenes for the community!

You have succeeded in one thing certainly by your arrogance and stupidity!

You have now galvanized forces who will now respond to your wild statements and derail whatever sympathy that your resignation brought forth!

And it will hurt those of us who are still working behind the scenes to address the many issues that marginalized communities face.

I think you owe the Prime Minister an unqualified apology!

‘It is important to respect and accept the way things are done in Sarawak – and – if there is a need for change – it is for Sarawakians to initiate the change – not a group of busybodies in the peninsula!’

I think there is enough issues here in the Peninsula without migrating to Sarawak!

But IF this group of Peninsula based NGOs have absolutely nothing better to do but to interfere in Sarawak internal affairs – go ahead!

So many statements, allegations, innuendoes, claims, prophecies – it is shocking!

What clan’s dynastic dominance over the state are they inferring?

What extended rule are they alluding to?

It is important to respect and accept the way things are done in Sarawak – and – if there is a need for change – it is for Sarawakians to initiate the change – not a groups of busybodies in the peninsula!

So far – Sarawakians are absolutely happy the way things are there so the best thing peninsula based adventurers can do is butt out and mind our own business!

‘Is it not a fact that employers are today themselves behaving like agents and demanding fees of RM3000.00 per head commissions from manpower agents who also pay for the approvals at RM1000.00 per head, free trip and other kickbacks?’

We always blame others as a ‘rogue security firm’ but is it not a fact that many security firm licenses are for hire?

Is it not a fact that this is possible because there is great abuse and undercutting among license holders actually by ‘name only!’

Is it not a fact that those today wearing security guard uniforms are not all trained and qualified?

They are just warm bodies in uniform!

Is it not a fact that those masquerading as Nepalese guards may not be former army or police but ordinary Nepali individuals with a fake credentials?

Is it not a fact that employers are today themselves behaving like agents and demanding fees of RM3000.00 per head commissions from manpower agents who also pay for the approvals at RM1000.00 per head, free trip and other kickbacks?

And before someone is silly enough to deny – remember always it was I, who initiated the first extensive and comprehensive investigation and accreditation trip with the then Internal Security Ministry during the Abdullah Ahmad Badawi premiership to Katmandu to look at the various security companies and their training and other modules!

The then KSU TS Abdul Aziz Yusuf who is presently the SPR Chairman and his senior staff and I spent a lot of time and effort putting into place benchmarks, guidelines and checklists but are they still used?

Post that trip you cannot get easy approvals or warm bodies in uniforms but these days?

The highest you can get IF you have the strict requirements is 30!

Today it is coming out in the hundreds?

You do not need a high powered CSI team here – just look at the security guards in uniforms and ask yourself whether they look like ex-army or police?

Then ask again how were the approvals attained and they approved to come here as guards?

And who is making money out of all these in Malaysia?

So who are the real rogues here?

‘I do not know about others but Najib and Muhyiddin are honest about holistic change for all Malaysians!

It is easy to play the blame game without knowing the facts and complex issues involved!’

Those of us who work closely with the premier and the deputy premier know that they are honest, dedicated and committed about transformation and change!

Change takes time, resources and the assistance of all communities and players.

It has to be tackled with sensitivity, precision, and care and time is of the essence,

IF one intents to join the government and expect immediate drastic change directed at a community running into billions – in a nation of many communities of needs it is futile!

There are many communities in need!

One needs to also be a team player win the support and confidence of one’s peers in the cabinet!

We have to work long term, drive the agenda with cooperation and tact!

We cannot have prima donnas – not in the cabinet anyway!

IF you cannot have that and respect for the man who brought you in against all odds – then it is a self-serving mission en rooted to failure – a still born!

The Najib administration system is about establishing cooperation to obtain consensus to implement government programmes and policy initiatives!

It is not a ‘syiok sendiri“ program!

To put in a nut shell – Premier Najib is about approaching and creating a people-friendly government, helping those in need and driving an inclusive program that initiates holistic change and that takes time after several decades of abuse and mismanagement!

‘Can we change the strategy please or is politics all about cabinet seats, personal greed and ego despite been politically irrelevant and rejected by the voters?’ 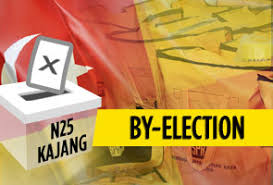 CASSA: Kajang By-Election – How To Win Elections When We Repeat The Same Old Mistakes!

I wrote on this a few days ago and repeat the same!

It is obvious lessons have not been learnt from earlier defeats and loss of market share of voters!

It is obvious it is a free fall and one I am concerned about.

Only an absolute political lunatic will not change strategy when they know it is not working.

And take it from me – sex, smut, vulgarities and blame game do not reap votes anymore – and – who remembers, what really took place in pre and post Operation Lallang?

Why bring them out and why people who were not yet in politics, let alone in power talk about issues they have no firsthand knowledge?

We can win this by-election IF we speak intelligently and specifically and in a manner addressing current issues and abuse of the system by those who came in with screams and shouts of holistic change but worst off in reality!

Can we change the strategy please or is politics all about cabinet seats, personal greed and ego despite been politically irrelevant and rejected by the voters?