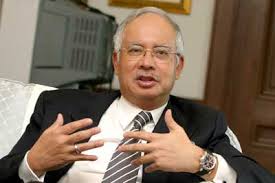 ‘Premier Najib Razak is doing his best but – The truth is daily extremist and fanatics are threatening the very Constitution of the nation inch by inch and the rights, interests of all peace loving and minority Malaysians!

The unilateral actions by state governments and political fanatical NGOs is also on the rise unimpeded by the very fundamental legal structures of the nation and intelligentsia!

Those expected to uphold the Constitution are been selective or in comatose!

We are no longer a moderate nation and any perceptions of that is false – period!’

In blunt remarks over perceived culture of obsequiousness permeating the corridors of power, Tun Dr Mahathir Mohamad warned the government that this was preventing it from seeing the groundswell of discontent forming in the country.

Although acknowledging that the practice was observable even during his time as prime minister, Dr Mahathir further cautioned that the layer of sycophants insulating the leaders from the pulse of the country only served to incense citizens more, with historically disastrous results.

“We witness in history kings and powerful men finally faced with forceful and violent uprisings by the people. This is what happened to some kings and dictators in the Middle East.

“Malaysians are unaccustomed to violence. They may use elections to address their grievances. But let us not be too sure they will always be soft,” Dr Mahathir wrote on his blog, chedet.cc, yesterday.

The country’s longest-serving prime minister added that any party that seeks to remain in power must not allow itself to be lulled into believing that it has carte blanche to act as it wishes or that its mistakes, beyond reproach.

Dr Mahathir reminded the country’s leaders that support is not always sincere, and that this often came with the implicit aim of leeching off some of the their influence through the dint of association.

Once within the inner circle, such flatterers will seek to cut off their marks from outside contact so that only their influence held sway with the leaders, he said, while those watching from the outside are often too afraid to speak for fear of losing their own positions.

Dr Mahathir had previously excoriated the administration of his hand-picked successor, Tun Abdullah Ahmad Badawi, over the same issue, accusing the latter of being influenced by an inner circle of advisors that included his son-in-law and now minister, Khairy Jamaluddin. 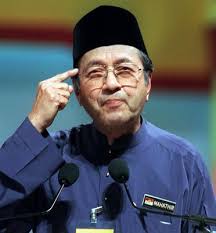 The former prime minister then led a campaign of attrition against Abdullah, which was partly credited for Barisan Nasional’s loss of its customary two-thirds parliamentary majority during Election 2008.

BN lost further ground during the 13th general election last year, but managed to retain power in the poll that saw the opposition pact of Pakatan Rakyat snatch the psychological win in popular votes.

PR went on to rally public support, claiming that it was robbed of a victory through electoral fraud.

‘Now instead of witnessing high command and control individuals resigning in shame for incompetence – all I hear is why we should invest in more multimillion hardware when our software is severely fatally infected!’

MH370 – Pointing Fingers All Over? Is Malaysia Still In Denial Mode?

Are we saying that been critical of those who mismanaged a crisis is wrong?

Are we saying that if one is critical one is a coward – that is a warped illogical statement made by useless person (s) which is fit only for the rubbish bin.

Some individuals in Malaysia are so full of themselves that they cannot say something without blowing their own trumpet in self-indulgence about their self confessed connections to ‘world leaders!’

They can get away in Malaysia where ‘fools and idiots’ are tolerated and adored to high office and heights?

But in the real world out there where individuals are not afraid to ask real questions in real time to real accountable politicians and policymakers – you cannot avoid questions, you cannot allow your security detail to push off a reporter – that has wide international ramifications!

Whether good, bad or ugly, crisis must be managed holistically – not avoided or tailored?

We have a plane and 239 people still unaccounted for after more than a month!

Yes we have fine points too but that goes to the over 26 countries involved and this we can be proud of.

The international community understands that it is their duty to help locate the wreckage in order to give not just the families of the 239 but the world and the industry closure!

Our lame duck politicians and their over indulging wives should know that by now whichever way one looks – we screwed up big time!

I raised it on the onset when press conferences were mismanaged making a mockery of crisis management and handling the international press!

I ask it again – when did Malaysia start to initiate SAR activities, what time was it before you even started informing the border nations to start looking?

Were the ICAO Annex12 protocol, which Malaysia is a signatory to, adhered to?

Now instead of witnessing high command and control individuals resigning in shame for incompetence – all I hear is why we should invest in more multimillion hardware when our software is severely fatally infected!

PETALING JAYA: Civil society has been sparring over what is meant to be a “lesson” behind the water rationing exercise in Selangor. Some say it is a reminder to educate consumers not to waste water while others feel that consumers are victims of a political ping-pong game and inefficient management of water.

On one hand, consumers affected by the ongoing Selangor water rationing exercise since early March have been told by experts to monitor their water usage so as not to waste water.

Water and Energy Consumer Association of Malaysia secretary-general Foon Weng Lian reportedly said the exercise will change the attitude of consumers who had taken the resource for granted and use them excessively.

However, another consumer association had lambasted critics for making consumers the scapegoat when water resources in Selangor have been badly managed for decades.

“It is always convenient for those responsible and had mismanaged the water resources to blame consumers over so-called wastages of water in order to hide their incompetence,” said Consumers Association of Subang and Shah Alam chairman Datuk Dr Jacob George.

Selangor had been on a water rationing exercise since early March in a bid to regulate water consumption among all households in the state following a long dry spell that caused the water levels in several dams to reach critical points.

The rationing exercise would allow all areas in Selangor to enjoy some amount of water instead of having selected areas suffer through long periods of dry taps.

George told theantdaily that the rationing exercise is conducted in futility as it is only a short-term solution to a long-term problem that is likely to go on for years.

“We went on the ground to conduct our research in Selangor and other neighbouring states and we found that their water supply had not been properly managed, with the exception of Johor.

“This is supposed to be the most developed state in the country but it does not translate to intelligent management of resources,” he said.

George added that the authorities should pay attention particularly to the operations of water concessionaires that took their time conducting repairs and maintenance, such as to reduce the outflow of non-revenue water.

“The loss of non-revenue water is now at 33% to 35%, but the CEOs’ salaries seemed to keep increasing when they did not do their jobs properly,” he said.

He also urged the federal government and the state government, which are run by Barisan Nasional and Pakatan Rakyat respectively, to establish a proper joint working relationship that does not give way to allowing politicians to score points with the public.

“The present situation is akin to telling each other ‘I told you so’, especially when it comes with the Langat 2 water treatment plant. They are playing hostile ping pong and having back and forth arguments,”

“What we need now is a proper solution that does not involve politicians using this water issue to take pot shots over their rivals, and have us return to normal life as soon as possible” he said.

George also said the mixed messages sent out by the authorities as to the status of the current water rationing exercise can be infuriating to consumers.

“It shows that the authorities do not have a proper action plan that should be carried out and are relying on any changes of the environment. It’s very worrying,” he said.

The contention surrounding the water usage and the rationing exercise have stirred conversations about the amount of water an ordinary user will use in a day while unwittingly wasting water.

Although the public have blame much of their agony on the mishandling of water resources by authorities, Klang MP Charles Santiago said Malaysians used far more water in their households than those recommended by the United Nations.

This has prompted him to urge that water users to switch up their lifestyle and play their part by reducing water usage on non-critical activities like washing cars.

“For example, even if the cars being washed were to be halved to say half a million a week, the amount of water being used daily for that purpose would be 1.75 million litres per day,

“Stopping cars from being washed saves up to eight times more water compared to water rationing,” he said.

Santiago also urged that both governments make rain harvesting as a priority measure to combat water shortages as the country may face another round of drought between June and September.

“There is a lack of political will on the part of the federal and state governments to stop commercial development in water catchment areas. Catchment areas should be gazetted urgently,”

“Both governments cannot play stupid anymore. They must enact laws and regulation to support rain water harvesting as a matter of priority given that we might be facing another drought between June and September this year,” he added.

A Book On MH370 To Be Written By Consumerist and CASSA Chief Dr Jacob George!

The tragedy and its many twist and turns and controversy was enough for me to make a decision to write a book on MH370!

I am also thankful to the many who have come forward to help me make certain this book goes to print rather soon.

Whether it will be controversial, an eye opener or one of both only time will tell!