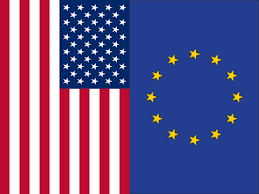 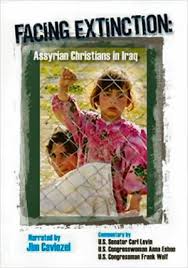 Action Needed: Save the Christian Community in Iraq!

To the attention of the United Nations and Arab League:

We urge you to act immediately to save the Christian community in Iraq.

Due to the radical agenda of ISIS (Islamic State of Iraq and Syria), tens of thousands of Christians have been murdered or kidnapped.

The situation is getting much worse for Christians throughout Northern Iraq as these extremists are forcing them to choose between converting to Islam, paying a heavy (unpayable) tax, leaving the territory, or death. In Mosul, for the first since the 15th Century, there is no longer a Christian population.

Please do not remain silent while genocide occurs right in front of your own eyes. We ask you to intervene immediately to protect the Christian community!

Consumerist: Look Out World – This Is What Politics Is About In Selangor, Malaysia? Shocking Political Perverts!

I thought individuals who claim to be religious must behave, act and live religious lives throughout?

These hypocrites cry for GAZA – blame the Zionist but here they are planning the same treatment based on the leaked mobile message on minorities! (see above)

Below a text that uplifts me: Perhaps appropriate to the situation herewith?

When we say, we are religious, we must be, unless we are hypocrites, and liars!

Action speaks louder than words and cosmetics dressings and speeches!

Will Malaysians do it? 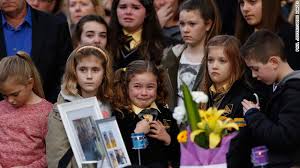 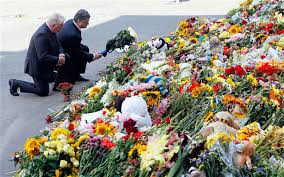 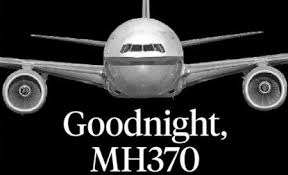 ‘Perhaps, Malaysia’s race and religion supremacist, racist and fascist can learn a thing or two from this report!

And the fact that Palestinians comprise of Christians, Muslims, Arabs, and other race and religious persuasions!

Displaced Palestinian women walk in the courtyard of a Greek Orthodox church where they are taking shelter in Gaza City Photo: Getty

Religious harmony is a rare commodity in the Holy Land, yet Israel’s offensive in the Gaza Strip has fostered a spirit of solidarity between Christian and Muslim. Schools and churches serving the tiny Christian minority in the Palestinian territory have thrown open their doors to anyone made homeless by the fighting.

Holy Family School, run by the Latin Catholic Church, now plays host to 800 refugees bedded down in classrooms and corridors.

Anwar Al-Kitanani, 34, appeared at the gates on Sunday morning along with his four sons and four daughters. Like thousands of other Palestinians, they had fled their home in Shejaiya, the eastern suburb of Gaza City where Israeli forces inflicted the heaviest bombardment of the campaign.

“The man who guards the school called the priest and immediately he said ‘open the school and let them in’. They were very kind to us,” said Mr Kitanani.

Since then, many more families have found refuge inside the school’s solid sandstone building in Gaza City. Whether they are truly safe is doubtful. on Wednesday, the rhythmic boom of incoming artillery fire echoed every few minutes. A few streets away, rockets were suddenly launched towards Israel.

Compared with Shejaiya, however, Mr Kitanani said that Holy Family School was a place of safety. “I am very thankful to the one who opened the gate for me,” he added.

Gaza’s Christians are a tiny and diminishing community of about 2,000 in a total population of 1.8 million. Today, there are only two active churches in Gaza and five Christian schools, although most of their pupils are Muslims.

In 2009, a bomb exploded outside one of the churches and written threats were directed at “worshippers of the cross”. In the heat of Israel’s attack, however, these tensions have been set aside.

But the inflow of refugees has been so great that Holy Family School can no longer promise to take everybody. When Mahmoud Al-Masri, 30, arrived with his nine children on Tuesday, he was forced to beg and plead for admission.

Gaza City’s Greek Orthodox church is packed to overflowing, having offered refuge to hundreds of Palestinians who fled their homes (Getty)

“We have more than 800 refugees here already,” he was told by the guard on duty. “I have orders that I cannot accept any more.”

With his baby daughter clinging to his legs, Mr Masri explained that he had been searching for somewhere to sleep since his home in the town of Beit Hanoun was destroyed on Monday.

The building caught fire and his four-month-old baby, Wadha, suffered minor burns on her leg. The family spent two nights on the street before coming to the school. Eventually, Mr Masri’s pleas were heard and a place was found for his family.

Around 600 people, mostly women and children, are sheltering in the church compound in the old sector of Gaza City (Getty)

Elsewhere, rockets have been discovered in two schools run by the United Nations, raising more questions about their safety as places of refuge. The latest stockpile of weapons was found in a vacant school near two others that are both filled with displaced people.

The UN “strongly and unequivocally” condemned the use of the school by an armed Palestinian faction to hide weapons, describing this as a breach of the “inviolability of its premises under international law”.

Chris Gunness, the spokesman for the UN Relief and Works Agency, said: “We are examining all avenues to deal with these incredibly dangerous munitions because it’s important that we preserve the civilian character of our schools.”