The airline’s parent, sovereign wealth fund Khazanah Nasional Bhd, will discuss the proposals tomorrow, which also include cutting some routes, one person said, asking not to be identified as the discussions are private. The carrier may need to lay off between 3,000 to 4,000 people, a second person said. The carrier had 19,577 employees at the end of last year, according to data compiled by Bloomberg.

Khazanah is also talking to as many as three people as possible candidates to replace Malaysia Airlines chief executive officer Ahmad Jauhari Yahya, whose term is due to expire in mid- September, one of the persons said.

The restructuring measures and Khazanah’s offer earlier this month to buy out minority shareholders are part of the plan to revive the Subang, Malaysia-based airline. The carrier, which will report earnings on Aug 28, is struggling to stem losses and repair its image after the downing of Flight 17 in Ukraine last month compounded woes from the disappearance of a jet in March.

‘Here we go around the mulberry bush so late, despite MH370, 17 other near misses and unstoppable bleeding and alleged abuse – without again acknowledging the many systemic problems and institutionalized weakness of the entire business module and structure! Changing one man at the top not the solution – even a 5 year old knows that!’

‘It can be orchestrated by a ‘gold digger’ who having knowledge on recent issues regarding MAS which includes the much published cockpit rendezvous of Australian lasses in a previous flight prior to MH370 mishap which also went viral over Australian media!’

No one tolerates an inappropriate behavior more so criminal in nature!

And I only have very high regards to the guiding provisions on flight crew behavior on board all Malaysian Airlines!

I am also aware that neither the MAS board, its management team led by Ahmad Jauhari Yahya (AJ) tolerate misbehavior of any form under their watch!

Yes it is true we have had a rough patch of late with the disappearance of MH370, the shooting down of MH17 and other unforeseen happenings and events!

But the timing of these latest allegations has caught all by storm and I am really uncomfortable with these set of emerging allegations!

For the record, an Australia woman has claimed she was sexually assaulted on flight MH20 enroute to Paris!

A Police report was made and investigations have commenced.

The alleged assaulter was taken into custody at Charles de Gaulle.

Basically, investigations are pending but wait a minute!

Even the alleged individual has rights which must not be violated.

Have there been chargers filed?

While these are taking place this alleged Australian woman is going on a media blitz conducting a trial by media!

There are claims there are recordings but then again recordings can be an entrapment too until Police investigation are finalised with chargers been filed.

It can be orchestrated by a ‘gold digger’ who having knowledge on recent issues regarding MAS which includes the much published cockpit rendezvous of Australian lasses in a previous flight prior to MH370 mishap which also went viral over Australian media!

I cannot but ask is this a copy cat attack for a sinister motive?

Does an alleged victim have the right to go public while investigations are ongoing violating the fundamental rights of the alleged violator?

Is this actually a blackmail attempt or the carefully orchestrated plan of a novice to manipulate events for a much larger sinister motive using an airline and her crew at a time when public interest and international focus is on them?

Something here stinks to high hell!

And I hope the authorities come out fast before more damage is done by an obsessed Australian individual on a frolic of her own?

It speaks for itself!

PETALING JAYA: There should be more focus on tackling the problems contributing to soaring property prices than just protesting against the Housing and Local Government Ministry.

Consumers Association of Subang and Shah Alam (Cassa) chairman Datuk Dr Jacob George said a protest against the ministry would be a futile exercise.

“It sends the wrong message to the government and puts them on the defensive when they are also a stakeholder in ensuring the property market remains competitive and affordable.

“It is better to engage with the ministry to come up with an action plan to intervene in the housing industry and better monitor property prices and location.

“Being offensive sends the wrong signal to the ministry and some property developers who are trying to maintain good practices,” he told theantdaily.

He was responding to a news report that Parti Sosialis Malaysia, together with other NGOs (non-governmental organisations), planned to stage a protest against the skyrocketing housing prices outside the ministry.

PSM secretary-general S Arutchelvan told Malaysiakini that a house was a basic right for Malaysians but property speculators have bought houses to bump up the prices for profiting.

The news portal also cited figures from the national property information centre, indicating house prices continue to soar but the increase had slowed down since the third quarter of 2013.

George said the current procedure in buying and selling of properties was a systemic problem that causes the next generation unable to afford the basic needs of owning a house.

“This is a universal issue that other countries such as Singapore, Thailand and the United Kingdom are also facing, with property prices driven up by land scarcity.

“Some activities of cartel blocking in the name of business interests are also contributing to soaring prices of properties,” he added.

George said: “There should be a long-term engagement with the ministry in coming up with measures to warn developers engaged in insider dealings. Such ‘black hand’ deals should be stopped with warnings to revoke the licences of developers.”

He also suggested that NGOs come up with a catalogue listing of all property developers and rate them so that consumers can differentiate between those who are observing best practices and those who practice bad management.

“Although it is not easy, it is better to forge a relationship this way rather than going on a collision course with the authorities. At the end of the day, organisations must deliver for the interest of consumers,” he said.

The federal government unveiled in Budget 2014 two preventive measures to curb intense property speculation that is driving the prices of houses up to unrealistic heights.

One measure is increasing the real property gains tax increase to 30 per cent, to be imposed on profits gained from the sale of properties within three years of purchase.

The other measure is to remove the Developer Interest Bearing Scheme (DIBS) as it was seen to be abused by property speculators. 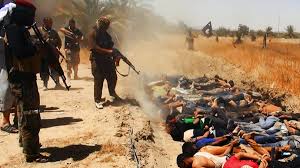 Do we all agree that only GOD gives life and has the authority and right to take it away?

Then, why are so called religious GOD anointed people silent when atrocities of mass killings, murder, rape, genocide are carried out on innocents in the Almighty’s name?

Is it because our knowledge of our own religion is so shallow, so cosmetic, so elementary, so in-genuine, that we are forced to keep silent because of our religious illiteracy, when racist, fanatics, religious bigots and religious murderers and shenanigans do their worst using our religion and their misinterpretation shaming the ALMIGHTY?

Is GOD not LOVE?