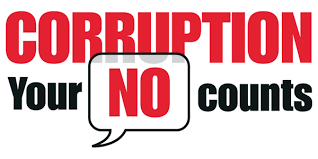 ‘Shut up!
I have only one question that makes any sense now!
Who are we going to charge in court for this latest act of manslaughter and environmental degradation?’ Datuk Dr Jacob George 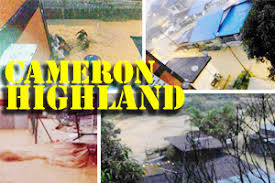 It is shocking and it is a malicious crime of great proportions when powerful corrupted individuals and outsiders continue plundering the Cameron highlands landscape for their massive personal greed.

One would have thought that after the last tragedy which took several lives and caused economic loss, lessons would have been leant where political rhetoric and religious outbursts continues unabated giving perceptions of high morals and unfettered religious conviction but the truth is it is all a show of massive deception!

We have wolves in sheep’s clothing working hand in glove and as a result expect more similar disasters in the future!

The truth is – no sooner had Malaysians, Cameron folk in particular, gotten over last year’s flooding tragedy which killed four persons, the poor folk in the highlands are faced with a second incident – in the space of 12 months – this time taking the lives of five people.

The last time it happened, one would have thought the authorities had by now put in place preventive measures to avoid another incident. But did they?

One asked the following questions:

‘No, obviously not, judging from the wanton logging activities that are allowed to continue in the highlands in the last 12 months. What happened to the promises and pledges to the Cameron folk that “all possible measures” would be taken to prevent another incident?

What else can we say apart from screaming that the authorities are merely paying lip service? Are we going to leave the latest flooding incident as yet another “act of God”?

Or are the authorities going to say this time they would definitely take action?’

I have a more interesting question for those who claim they are upholding the law?

Who are we going to charge in court for this latest act of manslaughter and environmental degradation?

So again, the Malaysian Road Transport Department, or better known locally as JPJ, has finally surpassed the PDRM as the agency most Malaysian drivers love to hate and within 12 days?

How did they get here?

Well it all started on Nov 1 when they decided to launch a special operation against license plates, HID lights and strobe lights.

Within days, irate drivers started venting their displeasure online, replete with choice photos, against what they perceived as heavy-handed and often-times, irrational summonses issued by the JPJ during this operation.

According to Malaysian motorists – the JPJ had crossed the line and their intentions were as clear as hell when they launched their operations against license plates, HID lights and strobe lights.

In a tit-for-tat response, photos and allegations that JPJ officers were also running afoul of the very law they were enforcing began to surface online.

These run the gamut from the serious – that the JPJ director’s very own Toyota Fortuner with the license plate JPJ 11 did not meet specifications laid out by JPJ and that it was so heavily tinted that it would fail JPJ inspections – to the light-hearted: a photo of a JPJ enforcement vehicle illegally parked in a disabled-only parking lot.

There is now panic and embarrassment – some individuals forget that ‘people in glass houses should not throw stones’ and now it is payback time!

What an embarrassment and another major cork up!

Now, consumers are having the last laugh!

Consumerist: Fear No Peddlers Of Corruption – Fight them Instead! 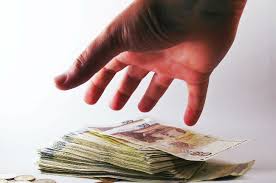 My comments last night drew many reactions and support from thousands of you.

I am also thankful for the care and concern you shown for my safety and well-being!

I am saddened that time and again, the Accountant General’s Department of Malaysia’s reports on discrepancies and corruption has brought no change neither the persecution of those aiding and abetting this practice and the beneficiaries of it all!

For example the recent disclosure of a government official embezzling close to RM1 million is a mother of all abomination of duty of care of trust and confidence!

I am not even talking about the bigger fish that have been plundering our nation. 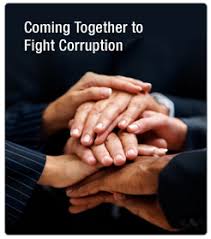 How much longer can Malaysians of all creeds (be it religion, race, gender especially those masquerading NGOs who pick on little inconsequential things while condoning high powered corruption staring at their stupid faces!

Yes they rather talk about pigs, dogs, cows, attack minorities with their racist venom, chants and threats!

And we have allowed them to continue to do so?

We should make 10 Police Reports against each they make in political agenda!

Or are we the rakyat, a bunch of passive morons?

Are we not sick of all this plundering that has been going on for way too long? Are we going to keep quiet about it and let it continue?

Ask yourself deeply, what this is doing to you morally, and to the generations yet to come.

What are you afraid of?

What do you want of Malaysia?

Do you even care of the generations after you?

‘When you fight against corruption, corrupt systems and peddlers of corruption whoever they are, you are targeted, you will get death threats as I have – not once but a zillion times in my career in consumerism and as Malaysia’s lead consumer advocate!

But, do we stop in fear or should we be motivated to do more, showing the perpetrators, we fear no evil!’ – Datuk Dr Jacob George

Consumerist: Are We Addressing Corruption, Really?

The report read – Medicines worth RM1.2 Million stolen from a public hospital!

Another report read Officer who stole RM1 Million let off and a third read A billion ringgit airport or swimming pool and a fourth RM12 million paid to dead army veterans!

It can go on and on and I cannot but feel ashamed as we are not having a conversation on corruption but on pigs, cows, frogs, belittling minority religions and blowing beyond rational and proportions issues for a narrow racist, fascist political agenda!

It is embarrassing, silly and stupid to put it politely and how did we get here?