‘While this is unfolding, in some countries, we only see political rhetoric or worst, denials despite the facts staring at their stupid faces!

They do not have the courage, the political will to address extremism for political expediency and think by issuing an elegant silence or denials will save their again, stupid hides!

But the world and the international community with the political and military hardware and arsenal is watching and today will never be again yesterday!

As that famous saying went post 911 – IF you are not with us – you are against us!

The spineless and ball less who have to date their stupid pride, their might against soft targets will now have to get their act together to join the international community or be left behind with perhaps, US drones making their advent into such boundaries to address international terrorism and extremism!

Consumerist: Hate That Knows No Boundaries! 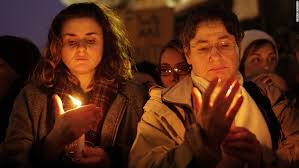 It is a black day in France for loss of human life and — more important historically — a black day for democracy’s greatest gift to the world: the principle of freedom of speech.

Three masked Islamic terrorists, armed with Kalashnikov rifles and a rocket-propelled grenade, stormed the offices of the French satirical magazine Charlie Hebdo in Paris, killing 12 and injuring about 20, four said to be in critical condition. There seems no doubt as to the motivation for the attack

France vowed to combat terrorism with “a cry for freedom” in a giant rally for unity today – Sunday after three days of bloodshed that horrified the world. Police searched for a woman linked to the three al-Qaida-inspired attackers, but a Turkish official said she appears to have already slipped into Syria.

The rally Sunday is also a huge security challenge for a nation on alert for more violence, after 17 people and three gunmen were killed over three days of attacks on a satirical newspaper, a kosher supermarket and on police that have left France a changed land. 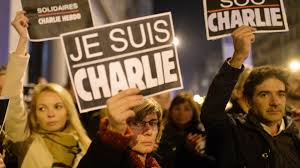 That is not all as already hundreds of thousands of people marched Saturday in cities from Toulouse in the south to Rennes in the west to honor the victims, and Paris expects hundreds of thousands more at Sunday’s unity rally. More than 2,000 police are being deployed, in addition to tens of thousands already guarding synagogues, mosques, schools and other sites around France.

Unity against extremism is the overriding message for Sunday’s rally. 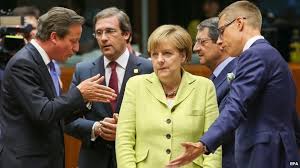 Among the expected attendees are the Israeli prime minister and the Palestinian president. The Ukrainian president and Russian foreign minister, And the leaders of Britain, Germany, NATO, the Arab League and African nations. And the French masses, from across the political and religious spectrum.

It is game on! 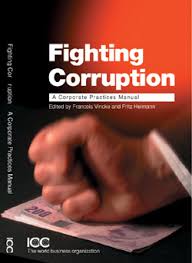 Consumerist: How Far Will You Go To Address Corruption?

It is no joke that many countries are facing many forms and hybrids of corruption!

This is big business! 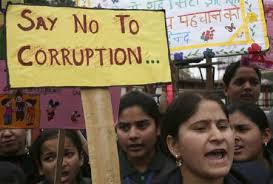 This is a scourge, a new plague that is destroying our societies and fabric in society!

Corruption is one challenge being encountered by many nations in the world today.

But is there an international cross border commitment to address this issue?

Is there an international select committee of powerful individuals and politicos addressing this on the international fora or not? 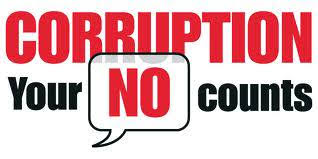 As a lead consumerist and human rights advocate of over 37 years I will say that good governance would only prevail when the world comes to understand that ‘corruption’ needs only one man to soil an entire nation and therefore take a stand against it.

It will only take one man to make our world today a better place for habitation if we have to live and practice good governance, transparency, accountability and for a free and just society.

Individuals, people and countries yell for transparency and accountability but in this effort, how far have we gone?

However, our intrinsic dignity which is foundation of our human right must not be allowed to slip away from us.

This dignity which is independent of any individual condition gives us the total mandate to self-will and a life of choice.

We must rise up today to responsible stewardship in our different leadership roles as ambassadors for change and say NO! to any form of corruption!

‘They do not put their faces on handouts making a song and dance on it all, after all, does not all religious good books and God’s Holy Prophets tell us not to let the right hand know when the left hand is doing service to the marginalized, the needy, the poor and destitute?’ Datuk Seri Dr Jacob George

For each leader or politician who is revered for showing concern and giving donations to the victims of the east coast floods, there are many more anonymous individuals or volunteers who provide assistance without as much as a ‘thank you’.

Their names garner no attention, and widespread coverage in print and electronic media in the country is heavily skewed towards those with influence.

They do not go around in helicopters, SUVs carefully supported by huge photo shoot predators and bodyguards all wanting to use the tragedies for some perverted personal and private agenda! 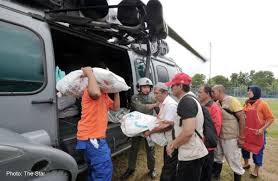 They do not put their faces on handouts making a song and dance on it all after all does not all religious good books and prophets tell us not to let the right hand know when the left hand is doing service to the marginalized, the needy, the poor and destitute?

As a result, few are even aware of their selfless contribution.

Those involved are known as the ‘unsung heroes’, showing up everywhere when a disaster strikes, without expecting any form of reward.

They appear whenever a community is in need of help due to several constraints, including the shortage of volunteers for carrying and unloading of goods, or financial shortage in procuring basic necessities.

The thought of seeking fame never crosses their mind, and neither do the thought of keeping an eye out for the presence of a mainstream media photographer, the opportunity of scoring political mileage, nor that sweet important post in the residential committee.

Their utter selflessness, however, has won them rapturous praises from all of us the Consumers – we did not expect that there still exist members of the younger generation who are charitable and involved in the local communities.