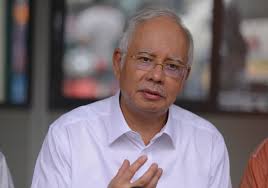 I can understand the frustrations of Malaysian Premier, Najib Tun Razak as he lamented the abuse on the social media, which created a ruckus, a near riot and potential flash point at Plaza Low Yat, which could have been used by “NGOs” masquerading as social workers but actually high powered thugs and shenanigans, outsourced by certain quarters allegedly to do their dirty work?

One cannot also but be confused how an alleged act of theft can be condoned and an accomplice of the alleged offender released?

How more than 200 others could arrive at a business outlet to attempt to cause mayhem and destruction and challenge the law enforcement officials on the ground on the grounds of race and religion?

It is obvious someone or some group is looking high and low to create mischief but they will fail as majority Malaysians are well versed with these forms of tactics and strategies!

I must congratulate the good work by the officials at PDRM led by dear friend, no nonsense tolerating IGP Khalid! 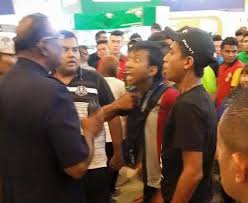 Only the stupid, the wayward, the criminal element will find it wanting to do the bidding for one’s desperate ‘political or business masters’ at the expense of destroying all that we have achieved these 58 years after independence!

But the truth is we are socially and as a Malaysian family in trouble!

Politicians and others have abused and destroyed what was once a model tolerant, caring and unified Malaysia!

There is far too much suspicion and animosity and smear, indignified and racist chants and attacks at fellow Malaysians from different religious and racial persuasions!

Some have forgotten that it took a unified Malaysia to build what we have today!

But sadly, some have distorted this and have created and creating a history according to their own political agenda and vision?

My friends and I ( Yes – they are of all races and religious persuasions!) fear for our beloved country and the manner things are done even despicable utterances by politicians who are the root of all evil in Malaysia?

How else can a man accused of stealing a mobile phone in Low Yat Plaza spark unrest at the popular shopping complex on Sunday night?

That saw another 200 mental retards joining them and causing further mischief which saw 6 people injured?

I am glad that the said individual will be charged at the Kuala Lumpur Magistrates Court today.

The man is accused of committing the crime on Saturday, July 11, at the mall which specializes in electronics and computer items.

He will be charged under Section 379 of the Penal Code for theft which carries a maximum jail term of seven years or a fine, or both.

Now what about the 200 others who were there?

Should they be not hauled in too under the country’s laws?

I told the broadcast journalists from the TV station recording my interview that in Malaysia we need a fast catching sign and I recommended – Dengue = Death!

She felt I was negative and the producer wanted something more positive?

Before I started I asked her to have a great cup of coffee my maid had prepared while I took her back in time!

I told her the basics as I did not want to trouble her young brains nor upset her producer who wanted something ‘constructive?’

I started to inform her when I started addressing health ministry and health issues – 1977!

To date I have worked through 7 ministers and several DGs!

Three of whom were my dear friends – Chua Jui Ming and Dr Chua Soi Lek and former DG Dr Ismail Merican who in my book was the best DG Malaysia has seen – truly professional, visionary, dedicated tolerating no fools!

So that too should mean something for a track record – No?

I told her that I was very passionate about dengue as I had worked on it since 1997 and several years later increased the rate after losing a dear friend, an Associate Professor and Eye Specialist who was my wife’s and Dr Wan Azizah Wan Ismail’s colleague and peer at Universiti Hospital to dengue!

She lived in Subang Jaya!

Let us look at the facts –

Malaysia had suffered then its worst dengue bout on record in 2010, when 134 people died and 46,171 cases were reported!

Dengue cases are on the rise, with a total of 5,141 cases reported so far this year, eight of those being fatal.

This represents a 300 per cent increase over the same period in 2013, when the Health Ministry reported 1,580 cases and five deaths. The dengue fever and dengue hemorrhagic fever situation is worsening nationwide, with the number of cases hitting 9,453 and 17 deaths, all within the first 37 days of this year.

I do not to ask anyone to resign, call them names or make things worse than it already is!

What do we need! CASSA recommendations!

1. We need an inter-ministerial commission chaired by the DPM – where the Ministry of Health, Housing & Local Government, Home, Multimedia & Communication ministries with CASSA are brought together to address the issues. With each ministry going to the ground and addressing the problems of an ecosystem created which is conducive for dengue! A detailed plan of action to eradicate with audits present deliberated at the commission meetings!

2. A hot line and email be prepared for feedbacks from the community and NGOs.

3. Punitive action taken on construction sites, foreign workers living quarters, housing estates and high rise buildings where foreigners live by the local council driving the action with fines and arrests and work order halts, at ground zero and reporting to the commission.

4. Foreign workers be specially targeted which includes their illegal shops, eateries, and others! Incoming foreign workers be put on medical screening at the entry points and repatriated if found carrying communicable diseases with the costs borne by the agents! All foreign workers both legal and illegal be screened. This is also because of TB! The Health Ministry recorded 22,710 TB cases, 810 more than than the 21,900 dengue cases reported in the same year.

5. The influx of foreigners was said to be one of the contributing factors for the rise of the disease, which has seen an increase of seven to 10 per cent in the past five years. Many foreigners work in various sectors, including food and beverages and as domestic helpers.

6. A nationwide campaign be launched using the multimedia ministry, uniformed groups involving community in the electronic and print media!