‘So here we have one of the reasons why we can never attain to be like our nearest neighbor on competence, professionalism or talent, because under various disguises, we tolerate and reward the incompetent to rule, administer and lead leadership jobs and role in public office?

We are repeatedly told that this is a new Malaysia; post GE14, where we value dedication, a passion for truth and straight talk, for transparency, good governance, open to systemic reforms and the need to remove those alleged to be unfit for public office and methods of government procurement which bleeds of corruption?

But I still see several high powered ‘little Napoleons’ who should not be Director Generals (DG) of certain government ministries or positions in power but still there, because, at least one Minister told me, his DG cried or shared a sad story to the newly minted Minister that they were pressured to behave in an inappropriate manner pre GE14 by the “earlier government” – and not to remove them?

Those Director Generals and others, in that same mode are now all building their own castles and power, bases moving good talents and many professionals they see not eye to eye, out under various excuses and political games – and replacing with yes men they can control especially a deputy director generals who are older, some unqualified, and need extensions and at the mercy of the much younger Director General?

Now let us look at the allegations making the rounds this Sunday!

To start off, there are allegations of new contractors and of tampering with the various IT facilities already entrenched in several hospitals?

This is very dangerous and exposes issues to important patient data and other related documents once lost creating a tsunami of problems to medical practitioners!

Once, ones medical history is lost misplaced it puts one at risk! If there is already knowledge of this – it is criminal in nature!

Secondly, is it not time yet that Malaysia went ahead with a national healthcare financing which has been the talk for decades and I am simply embarrassed to know till today despite all the hot air and alleged meetings, international trips, round table conferences, nothing has come of it?

After over 60 years Malaysia does not have a national healthcare finance at work!

Is this because, again, that there are far too many cronies and super predators still out there lurking, now post GE14 changing their political costumes to suit the times – trying to hijack – milk this project?

This is from the Malaysian playbook of ‘the politics of giveaways to cronies and party members!’

In my book, not having a national healthcare financing in place is an embarrassment and a monument that something is gravely misplaced and wrong at the Ministry of Health!

I will ask the newly minted health minister to join my team and I, for a tea session privately, so that at least I can pour out all my data and grouses, carried with me post ‘Dr Chua Soi Lek years’ so that we can see MOH regain its lost glory days under the new minister’s leadership!

Since I am already on the roll here, is it not time that Malaysia had a new Director General of Health?

And is it also not right, that the position of the head of the Malaysian Medical Council (MMC) certainly be someone outside the MOH gambit and not the sitting Director General of Health?

There are perceptions rightly or wrongly of a conflict of interest and the new government should see that changes are initiated that this change comes!

Now why are we still expanding this sickness of transferring those corrupt, the sexual predators, the pedophiles, and the incompetent instead of sacking them after a departmental hearings and investigations?

Is there something in the government general orders that say we cannot, should not sack anyone despite whatever corrupt practice, impropriety, incompetence, breaking of the laws of the land and bringing the office into disrepute?

Is it not time that we address this grave sink hole in the public office?

Embarrassing when I am asked when abroad why my country’s administration instead of sacking and jailing those in these target groups instead transfer them either to a desk job or worst, sent them away to another scope of work without even any form of punishment?

So here we have one of the reasons why we can never attain to be like our nearest neighbor on competence, professionalism or talent, because under various disguises we tolerate and reward the incompetent to rule, administer and lead leadership jobs and role in public office? 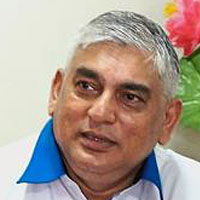 Consumer group: Cartels, not taxes, to blame for hike in food prices

PETALING JAYA: A consumer group has urged the government to go after cartels and middlemen in the country whom it says have been controlling the prices of food items for the past 25 years.

The Consumers Association of Subang and Shah Alam, Selangor said it was therefore not surprised by the hike in food prices in the Klang Valley despite the recent withdrawal of the goods and services tax.

Speaking to FMT, its president Jacob George said the prices of consumable items would continue to rise as long as “the old players” remained in the system.

“The only way to curb this is to have the political will to pluck out the middlemen and cartels from the system,” he added.

George, who has been a consumer advocate for the last 40 years, claimed that the domestic trade and consumer affairs ministry was aware of the cartels’ backgrounds as their particulars were all in the system.

“They have a full database available at the push of a button. The ministry is also aware as their licences are issued by them,” he said.

“We know the importers, middlemen and retailers, and how the products are moved around nationwide including in Sabah and Sarawak.

“We know the reasons for cost escalation, the proxies involved, who the fence-sitters are who are quietly making money and who the hoarders are as well,” he told FMT.

He said the ministry was supposed to go after the cartels and middlemen just before the May 9 polls but did not due to the election.

George, who was previously part of a ministry committee, was commenting on the inflation rate measured by the Consumer Price Index which stated that food and non-alcoholic beverages in Kuala Lumpur recorded a 3.5% increase in July. This was far more than the increase measured in any other state.

The Statistics Department meanwhile said the index for housing, water, electricity, gas and other fuels climbed 2% while education increased by 1%.

George said the new Pakatan Harapan government should set up a task force comprising senior civil servants from various groups including the home ministry, Customs Department and border patrol to look into the matter.

Otherwise, he warned, the prices of consumable goods would continue to rise even after the implementation of the sales and services tax.

“We have to go after the cartels and catch them by the horns. They control the price of each product on the street,” he said, adding that it was the middlemen who made the most money.

The despicable troll runs, hides, withdraws his twitter account full of defamatory and perverse statements – thinking we cannot track him after we alerted the authorities!

Their very actions exposes them for what they really are out to do mischief and harm to any one who stands in their way, interpretations and command and control issues?

Now exactly what is their loss in MH370 (9M-MRO) after our team came in?

Under the twitter flag – Justice …….. – a low life, parasite, a troll masquerading as a journalist etc who also allegedly owes big money to islanders who collected MH370 debris for them launches a twitter account under the ‘banner of justice’ whose per-occupation seems to be indulging in personal and defamatory attacks and sending feeds to top Malaysian officials & the public space on a particular individual!

The stalking and obsession is unbelievable, perverse and unimaginable!

What this idiot and troll did not realize was that the same was handed over to me and to Malaysia’s security apparatus and now to twitter to initiate an investigation on the identity of this account holder and their motivations.

On our part, our attorneys have given an undertaking that we will initiate both domestic & jurisdictional legal action against these individual (s).

We say no more!