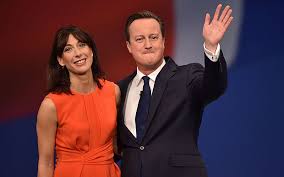 “I am glad that David has indicated strongly that he intends to stay in public life and would be “willing them on”, saying “nothing is impossible”.

He is still very young and I wonder if at some stage in the future he may return as Prime Minister?”

For those of us, who are international political analysts, watching, analyzing world events and narratives, cannot but say that outgoing British Premier David Cameron certainly deserved the standing ovation by Conservative MPs after his final Prime Minister’s Questions.

It was brilliant watching the outgoing premier give a commanding speech with humor watched by his wife Samantha and daughters Nancy and Florence at the public gallery seen waving and cheering their dad on!

However touching on his speech, I believe there was no reason for David to defend his economic, social and foreign affairs legacy, as for an international observer like me, he has done extremely well!

And rightfully so, Conservative MPs rose as one to applaud David Cameron at the end of his 182nd session as prime minister, as did former Lib Dem deputy prime minister Nick Clegg and Labor leader Jeremy Corbyn.

I am glad that David has indicated strongly that he intends to stay in public life and would be “willing them on”, saying “nothing is impossible”.

He is still very young and I wonder if at some stage in the future he may return as Prime Minister?

For now, events are tailored for him going forward as true, democratic policy requires!

David will next go to Buckingham Palace to tender his resignation to the Queen, after being Prime Minister for six year and certainly he would have continued following the strong mandate he received the last elections, if not for losing the EU referendum in June. 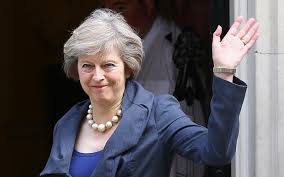 Moving forward Home Secretary Theresa May will succeed David after her own audience with the Queen.

After taking office, incoming Prime Minister Theresa May will herself name her own cabinet as is required!

And at 59 she becomes the oldest incoming prime minister since Jim Callaghan in 1976, and as Britain’s second female prime minister, following in the footsteps of Margaret Thatcher.

I am certain among the events awaiting her then would be a full briefing and interactions with Cabinet Secretary Sir Jeremy Heyward, and national security and defense briefings which are crucial.

I certainly expect her to work the telephone lines receiving and calling on a number of foreign and Europeans leaders. 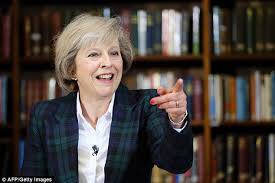 Also high on her list would be putting together her government – with key appointments set to be announced speedily!

I would be watching the roles present International Development Secretary Justine Greening and Energy Secretary Amber Rudd would be playing in the new cabinet!

There is so much work to be done post the EU referendum and decision made and stakeholders across the nation, region and global will be watching the going forward narratives and direction. 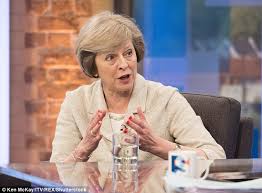 I wish incoming Premier Theresa May every best wishes as she takes lead!