Political analysts in the region cannot but be excited with the Obama administration’s announcement that Washington would fully lift a longstanding U.S. embargo on lethal arms sales to Vietnam!

This was despite human rights advocates in the United States calling and lobbying on the administration to maintain the weapons ban until more progress has been made by the ruling Communist Party.

To me, irrespective whether it is a decision that reflects growing concerns about China’s military clout or not it is a proactive move and it demonstrates the warming bilateral ties between the former enemy nations.

It was just brilliant to watch and hear President Obama unveiling this new narrative with his counterpart Vietnamese President Tran Dai Quang during the opening day of his first visit to the country.

It is a great move despite coming four decades after the end of the Vietnam War!

One could see the smile on U.S. Secretary of State John F. Kerry, a veteran of the Vietnam War, who was in the front row at the Hanoi Convention Center, as the president heralded “a new moment” in the bilateral relationship.

The lifting of the ban “will ensure Vietnam has access to the equipment it needs to defend itself and removes a lingering vestige of the Cold War.”

Those of us who have been monitoring developments in this narrative would know that the last two years had seen the US administration easing strategically portions of the arms embargo that had been in place since 1975 to help bolster Vietnam’s maritime security in the South China Sea, where China’s move to exert more naval control of crucial shipping corridors has angered Vietnam, the Philippines and other nations that have claimed sovereignty.

And President Obama is right when he stated that this latest step “was not based on China or any other considerations. It was based on our desire to complete what has been a lengthy process of moving towards normalization with Vietnam.”

With this development Vietnam has access to the equipment it needs to defend itself and removes a lingering vestige of the Cold War at a stroke of a pen! 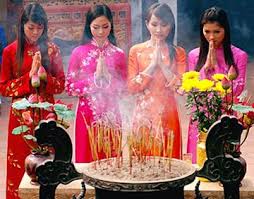 This will certainly now spur on more foreign investments, aggressive economic activity which will result in Vietnam bolstering proactive changes to lifestyles and livelihoods!

These are exciting times for the region and Vietnam!