“This madness is everywhere, the West, East, North and South!

Shockingly, again despite the existence of a plethora of statutes and legislation and the consistent rise of environmental activism over the last few decades. “

Consumerist: Are We Serious About Safeguarding Our Environment?

It is the same everywhere!

And it is shocking as I was discussing with my two kids both legal eagles and very concerned about social economic , public policy issues, development, human rights and environmental issues!

Is it not true that that the present popular mindset points to a very disturbing and disappointing feature which, inter alia, consists of a conspicuous apathy and callousness in so far as issues involving protection or conservation of wildlife or saving environment are concerned. This is terribly a unique trend in the third world countries and emerging markets as their Western trained or financed intelligentsia push for quick fixes and policies that does not take cognizance of our responsibility to protecting our environment for the present and future generations?

This madness is everywhere, the West, East, North and South!

Shockingly, again despite the existence of a plethora of statutes and legislation and the consistent rise of environmental activism over the last few decades.
Environmental consciousness is a subject which requires an awareness level that is not easily obtainable in many emerging markets where, in general, the educational level of the masses is abysmally low. However, the tradition and heritage of the country has placed empathy for other creatures and reverence to the ‘Mother Earth’ as a very high ideal to be followed in the day to day life. Yet, through centuries this noble value has been watered down thanks to endless waves of alien cultures invading this ancient land from across its cultural borders.

In more recent past, this emerging markets have been subjugated to a mighty foreign power which has been responsible for tremendous loot and plundering of its natural resources with an utter disregard for its fragile and sensitive environment. This mindless exploitation of nature has cast such an abominable indifference and cruelty in the mindset of the local indigenous population as regards wildlife as well as general environmental matters that hitherto they have failed to come out of that mental bondage and slavery.

Inexplicably, if one had thought that independence of an emerging market or nation will result in holistic change they are wrong!

Instead, with the pursuit of a goal of economic development that imbibed the models of the west relying on heavy industries, the concerns over environmental safety only occupied a back seat, if at all. If my memory serves me well, it only as late as 1972, when the first international summit conference on environment took place at Stockholm, the political authority of the land felt some need to do something in this regard. Hence, the introduction of a few statutes on forests and wildlife?
And everyone is happy? 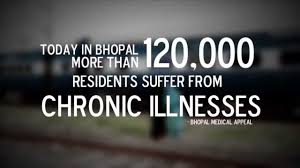 Even since then, the scenario did not change much; in several countries, however, in the meantime many nations had seen reaction and in others like India, where that nation had witnessed the initiation of a new brand of movement in older than the Gandhian fashion, one notable amongst such was the Chipko movement carried out in the kumaon region of the Himalayas. The later years also experienced new waves of such movements and emergence of personalities who took leading roles in them. The silent valley movement was notable among them. But sadly enough, the momentum was candidly lacking and soon the public life was getting the bad and undesired effects of such callous attitude and mindless and reckless negligence and utter disregard of social commitments and responsibilities of the big business, politicians, bureaucrats and above all, people in general. And no wonder one nation had to pay a hefty price very soon as one of the fiercest industrial mishaps in the history the environmental disasters all over the world shook the nation on the 3rd December, 1984 at Bhopal, the capital city of the state of Madhya Pradesh. 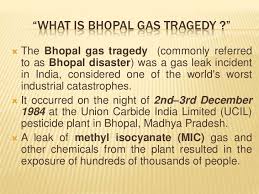 Till today the real culprits and murderers are still at large!

I have asked my two legal eagles to sometime take a look intensively at the court proceedings and the judgment of that rather disturbing case that caused the death, displacement and destruction of many things held sacred!

The pertinent question still being asked: will we see a holistic change in the way we manage and administer and protect our environment?

The warnings are already visible from time to time, with major environmental disasters during the last decade in many parts of the world!

It is not only the sudden disasters but also the chronic climatic changes have been contributing to many factors that may affect our lives slowly but persistently in severe ways (one may consider continual floods, droughts and consequent agricultural damages and consequent food crisis, warming in the atmosphere harming crop productivity, pestilence, health problems due to adverse climate causing lower productivity and thus loss in income and so on).

And not only the humans but also the other forms of life will be adversely affected and the resultant effect on the biodiversity will jeopardize the entire web of life in the globe, if it has not already been under threat. One may, therefore, logically wonders what type of growth in economic terms the policy-makers are contemplating and for whose benefits! Will they be able to sustain the temporary gains in the longer-run? It seems, however, that the chance is very bleak.

Unless the present trend is checked or reversed the result will be an utter mess- economically, socially, politically and ecologically.

This is why we will need a new uprising of advocates to address this degradation and destruction and to take to levels unseen before!

And conferences, seminars, and other bull-shit talk shows and cosmetics are certainly not the answer!

We have enough bull shit and professional “environmentalist” who are only interested in jumping from conferences to conferences, from one international flight to another and the bourgeoisie lifestyle that comes with that resulting in absolute nothing to the cause!

It is time to change!