It is tragic if locals are bypassed, forced aside, while foreigners take advantage in our own land and jurisdiction!

Is it not true that Malaysia’s small-time fishermen are being made harder by competition from huge trawlers encroaching their waters, and corruption in local cartels that leaves them at the mercy of foreign fishing boats. 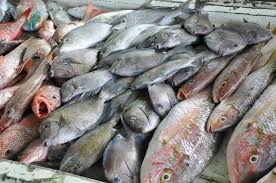 In fact, this is the scene affecting the fishing industry in Malaysia!

And having addressed these issues in the past, with my colleague Sonny Inbaraj, during our tenure at Friends Of The Earth, Malaysia or Sahabat Alam Malaysia (SAM) in the late 70’s and 80’s, I cannot but feel anguish, that it continues even today, based on reports that a fishing community at the seaside village of Marang, Terengganu, found fishermen already struggling with the fact, that they will have no familial successors, for the young find the job hard and the money too little.

We are told that a fibreglass boat now costs RM1,500, without GST, but, the returns are little these days.

We are told that there is also massive competition from those who are more well-off in the trade and who own trawlers which catch almost every living being in the waters – squid, fish, prawns and crabs.

We are told that the small fisherman cannot compete.

We are told all he has is the camaraderie of his fellow fishermen on board and a net that has battled the elements, and can only haul in a much smaller yield.

We are told that the small-time fishermen have to stick to a designated fishing zone, closer to the shore.

This is Zone A, which begins 5km away from the land, while Zone B and C is about 3 to 5 nautical miles (about 9.26km) from land, and fishing in these waters is subject to a quota. These zones are the purvey of trawlers and bigger boats.

We are told despite zoning exercises huge well positioned and financed the trawlers do ‘gatecrash’ the waters that are meant for the small scale fisher or nelayan pinggir! 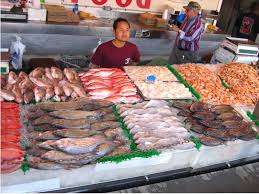 Is there a political will to address this cry with the same passion and engagement politicians fight one another or indulge in corrupt activities?

Or is corruption and corrupt practices far too entrenched to allow a change, as we ask for draconian changes of the present chaos?