‘Perhaps, it is now time to position the real issues on the table and planning a comprehensive plan of action, to address this mischief, sidelining those that are clouded in emotional blackmail, misguided religious norms and creeds, double standards initiated by an overly guilt conscience of the past sins of the forefathers?’

Consumerist: Europe Got It All Wrong On The ‘Refugee Thingy!’

Would it be difficult to state, that the majority of Europeans, even those with a tinge of pure unadulterated barbaric blood, have been fooled big time by the ongoing “refugee crisis” with world bodies falling over each other unable to address the core and real reasons behind what is fast becoming the crisis of the new boat people?

For a start, who are these people we call refugees, and, where are they coming from?

The move is organized, well planned and aided and abetted by a very sophisticated professional groups!

We can be certain huge amount of monies are changing hands daily in this illegal barbaric process!

Why is this happening? 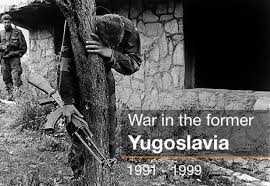 Is there a war being fought in their lands like the Balkan conflict, across race, religion and political affiliations, where genocide was the deciding factor on all fronts?

Syria is not new, neither is Libya or Iraq!

It is not as bad as the Balkan conflicts of the 90s! 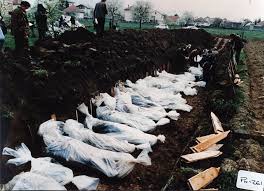 A crisis that was so inhumane, where generations were killed, raped, mutilated, buried alive, and, where the powers that be were in comatose, purely since it was not in their political and economic interest, and neither was there oil as a lucrative commodity, for the political hawks and shenanigans!

Which then, raises the initial question, that begs an answer.

Who are these people? Are they coming from war fronts or from existent refugee camps?

Who and what are the background of these thousands, who are fleeing, families intact, aided and abetted by criminal groups who charge exorbitant monies to provide the necessary tools and passage, onto a beach front overlooking at the far end the landing beach stripes to another sovereign country?

And why are we simply allowing this illegal trafficking of communities from one land to another, without due process, which sets a very dangerous precedents which is disruptive and now threatening the very political core beliefs, and socio-economic conditions of the region?

And while the boats come in, the arguments continue and uncertainty prevails, as pertinent questions are not raised, instead we allow vested and political interest groups and a media gone mad to lead the conversation in a typically clouded fashion!

Instead of looking at the issue face on, we are now trapped with emotions, and deeply emotionalize, the issue paving the way for the criminal cartels to continue this new lucrative commercial engagement of trafficking, under the guise of refugees!

I am indeed shocked that even well recognized media houses like the BBC and CNN have got it all wrong!

Every day this is allowed to continue, hundreds of thousands are paying the criminal black market to use this backdoor?

Even Afghanistan and Bangladeshi groups, are now cashing in the recent arrivals?

Worst, are there intelligent questions being raised in both political and community forums, what this does to the local communities and their political, racial, religious lives moving on?

Will these new economic migrants, masquerading as refuges be a threat politically, religiously, racially to the communities that are opening their doors to them in no caveat fashion? 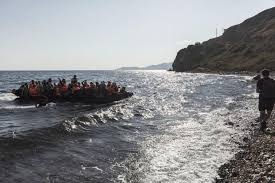 Could these groups arriving have direct, indirect or proxy ties to militant groups and ideologies that will threaten these adoptive countries opening their borders, homes, hearts to them in the near future?

Let us not forget the recent attacks, in several European capitals, were the act of ‘lone wolves’, individuals, aided and abetted by international cash rich militant groups, whose families and generation were given the opportunity to reside in these their new home!

The generosity of these acts, from the locals have now been forgotten in a war of the worlds and in the name of race, religion and in God’s name!

Perhaps, it is now time, to position the real issues on the table, and, planning a comprehensive plan of action, to address this mischief, sidelining those that are clouded in emotional blackmail, misguided religious norms and creeds, double standards initiated by an overly guilt conscience of the past sins of the forefathers?

I wonder, just who will take the lead, Britain, Germany, France, as so far everyone from Europe, seem to be so defensive? 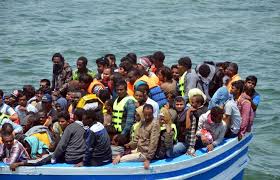 Is it so difficult to tell economic migrants, hiding under the guise of “refugees” to use normal channels of migration instead of funding a criminal cartel?

Is it difficult to tell one’s European counterpart, I am sorry, we cannot take them!

Or is it difficult, to tell those political and media armchair critics and commentators, that they are plain stupid and indeed morons to suggest an open door policy to the piracy of modern day trafficking?