‘And in the name of progress, development, employment, foreign exchange many a foolish project have seen their venture and operation in 1Malaysia!

The national scene is so bastardized where one finds it rather odd trying to know what is the truth, whats fiction, half truths, fabrication and blatant unadulterated lies!’ Dr Jacob George

So much spin, so many write-ups, press conferences and claims from politicians and policy makers not forgetting the â€˜Australian boardroom players and predatorsâ€™ behind this project and their vulgar well wishes awaiting â€˜various gratifications?â€™

And in the name of progress, development, employment, foreign exchange many a foolish project have seen their venture and operation in 1Malaysia!

The national scene is so bastardized where one finds it rather odd trying to know what is the truth, whats fiction, half truths, fabrication and blatant unadulterated lies!

So I am indeed not the least surprised to hear that two Australian environmental groups believe that the Lynas rare earth mine in Kuantan would leave a toxic legacy for decades. 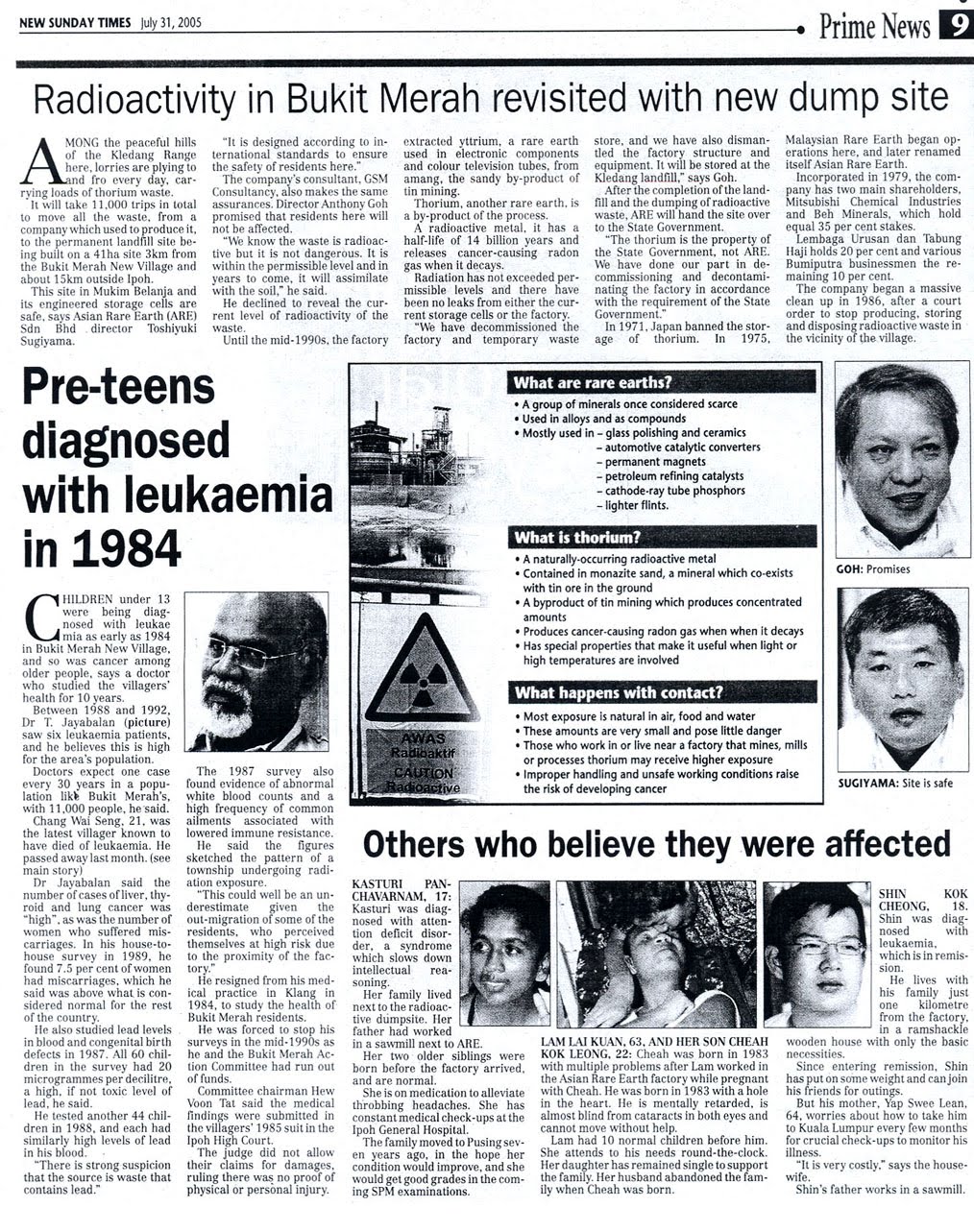 Having experienced the roller coaster rides at the Asia Rare Earth issue several decades ago in Perak when I was with the Consumers Association of Penang (CAP) and Sahabat Alam Malaysia (SAM) â€“ Friends of the Earth, Malaysia (FOEM) – I am not surprised!

So our friends – environmental groups â€“ Friends of the Earth Australia and the Conservation Council of Western Australia â€“ say that by not revealing the data before embarking on the project in Kuantan, company has something to hide.

Majority Malaysians must be overjoyed at the 2 groups statement and support that they want the Kuantan project stopped until the company reveals its environmental assessment data of the site.

In its criticism against Lynas Corporation Limited, Friends of the Earth Australia spokesperson Natalie Lowrey said it was improper for Lynas to withhold details on how it plans to manage its radioactive components from public scrutiny.

Like all Malaysians she feared the vulgar project would leave a toxic legacy for decades!

Fremantle has seen many a tragedy as I was there in the late 70â€™s serving at the Royal Perth Hospital, Perth, Western Australia when there was a horror fire at the shipyard!

Shockingly â€“ the thorium will be transported through hessian bags, the same method used by a metal mining company Magellan to transport lead which caused lead contamination outside its shipping containers!

We are advised that in January, Magellan Metals, a base metal mining company in Western Australia, was forced to shut down temporarily after leaks of toxic lead were detected in rail containers at Fremantle port.

This morning I again call for this vulgar project to be scrapped as I have fears that the same nightmare we faced at Bukit Merah which closed in 1992 after years of public protests will be resurrected.

For the record the Bukit Merah plant had been linked to eight leukemia cases with seven deaths so far.
The plant operator, Mitsubishi Chemicals, is still running a massive RM300 million clean-up operation in the area.

She said that the Malaysian rare earth project was currently being reviewed by the International Atomic Energy Agency (IAEA) due to public concerns about radiation health and safety.