IF you do not know your facts you should just shut up!

But no – Malaysia in GE13 has its own ‘Sarah Palin’ in newcomer representing BN in the Pasir Gudang parliamentary constituency by the name of Normala Abdul Samad!

Normala, a former human resources manager with a US company is to contest the 13th general election, facing Ahmad Faidhi Saidi of the PKR.

She is alleged to have told some 20 Indian voters during a Tamil New Year celebration in Kempas, Johor, last night when discussing stateless Malaysian Indians to be patient with the government in solving the longstanding issue of stateless Indians as the government does not want to create another Sabah. 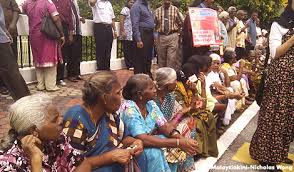 Now what has the issue of ‘instant citizenship in Sabah’ allegedly to neutralize local population, namely Christians for political expediency engineered by the ‘Father of Malaysian Racism’ got to do with rightfully granting stateless and poverty riddled Malaysian Indians marginalized, exploited by political parties, and struggling without documents an opportunity to get back to mainstream life? 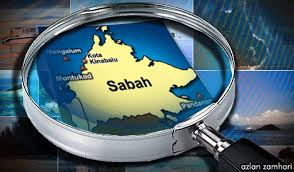 Why try to make parallels with the Sabah treachery?

IF you do not know a subject just avoid but here we have one who even before winning a seat was already making a fool out of herself raising questions on the benchmark this time around in selecting candidates for political office?

Malaysian voters do not need ‘Sarah Palins’ neither do we need ‘Bond girls’ and multi billionaires who know nothing about Malaysia’s struggling voters to tell us who to vote GE13!

But it should be fun to have a Malaysian ‘Sarah Palin’ after all, life gets boring without their kind too!