‘We have a formidable fight on our hands!

With an April election looming and if component parties cannot help Najib it is alright but do not cause irreparable political damage and backlash instead as time is of the essence and there is work still to be done to convince Malaysians and new voters that we are far better than our opponents!’ – Dr Jacob George

Consumerist: PM Sir – You Are Wrong – Just Any Candidate Will no Longer Do For GE13! They Must Be Truly Exceptional And Respectable! 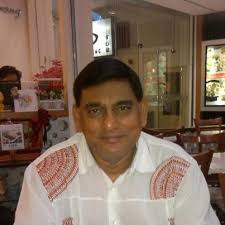 I am all the more confused if indeed Premier Sir, you are confident that the rakyat will accept just any candidate, operative word ‘any candidate’ just because they are fielded by the Barisan Nasional in the 13th general election (GE13)!

Twenty years ago perhaps so, but, certainly not post GE12 and with negative public-voter perception and the avalanche of political scandals and upheavals the BN has been having of late, I humbly believe it is an uphill climb!

The Sabah Project IC and alleged similar projects in Selangor and opposition held constituencies is not helping either. 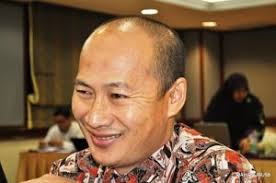 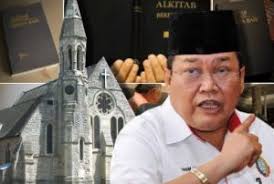 And the official response has been one of elegant silence and if this is part of the government’s transformation policies – to keep silent and not take action – basically it says a lot about political courage and will or lack of it!

I do not deny the vast political leg work and proactive political statements made by you Premier Sir, neither do I deny perhaps your ‘good intentions!’

But Premier sir – ‘good intentions’ alone do not win elections and elections as the next one, is going to be tagged the ‘challenging and dirties elections in all Malaysian history?’

And I still maintain Premier Sir, you are surrounded by ‘a bunch of idiots, novices and self serving bureaucrats’ who are doing you and your vision and programs a great disservice by not being politically proactive, ‘on the ball’, savvy and alert!

As such, keeping them as your intelligence detail is a wrong move!

There has been far too many communication gaps, glitches and breakdowns!

We have seen far too many ‘twist and turns’ and that has not helped either.

Worst, component BN parties are totally not in line with the core objective to work intelligently and diligently to at least maintain present status quo in Putrajaya and not wish for a landslide or recapturing a two third which is totally unthinkable in present conditions and political scenario!

We have component parties positioning their personal favorites and ‘machais’ as candidates even when they have lost previously in a more favorable seat this time in constituencies in a different state – I mean parachuting a defeated candidate when the former incumbent if ‘winnable’ ‘untainted’ – should be given a second chance at best or a new face brought in!

We have another case of an incumbent victorious in GE12 ‘replaced’ (?) by party chieftains with an unknown ‘new face’ more out of political envy and bias rather than sound intelligent politics!

It is so obvious!

We have a party that is alleged to have ambushed the office of a mainstream vernacular newspaper upsetting Malaysian Indians when you sir, are doing all you can to regain their trust and votes after seeing the loss in the Chinese votes and the huge division of the Malay vote bank!

It is so obvious Sir the component party chieftains and other politicos are not on the same page as you are and IF THIS CONTINUES UNABATED – it would be political suicide!

Perhaps, you are already aware Sir, that in one state, recently, internal political bickering became a trait and the post of ‘Menteri Besar’ fought over even before we have wrestled back that state from opposition hands!

IF this is not foolishness, I wonder what is?

It is a pity that seasoned ‘old farts of politics’ refuse to retire gracefully but – think it is the ‘same old, same old’ come GE13 because there is an allegation that ‘we control’ the media, the Police, the Army, the Civil Service, the EC, have multi million contracts to give out for support, so the result is a ‘quickie win?’

Nothing is further than the truth!

That is sheer stupidity to think that way!

We have a formidable fight on our hands with self serving ‘enemies within’ sabotaging for personal and private gain ‘playing both sides!’

With an April election looming and if component parties cannot help you, Premier Sir, – it is alright but they should not misbehave, play double games and cause irreparable political damage and backlash instead as time is of the essence and there is work still to be done to convince Malaysians and new voters that we are far better than our opponents!