‘It is time that the Malaysian Police take action on Police report makers and make these groups accountable if their reports are frivolous, vexatious, an abuse of process containing misrepresentation and fabrication!’

Consumerist: Stop The Abuse Of Political Police Reports Being Made In Malaysia!

The purpose of a police report is to provide an accurate written account of a criminal incident.

The operative words being ‘a criminal incident!’

It is not for fools, idiots, political shenanigans, bogus NGOs, and racists adventurers to abuse for a photo-shoot or for financial gain or for narrow political agendas!

The Police force have better things to do with law and order situations and with the rise of all kinds and nature of criminal activities than to entertain political entertainers and political opportunists in their narrow political agenda!

Of late, the number of Police Reports being made had made a farce of this very important documentation process which is not to be played or toyed with!

The abuse seems to have a common protocol. 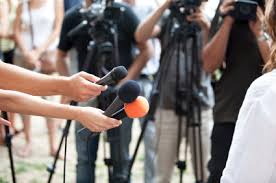 A certain group comes and initiates a Police Report with a following for a photo shoot and press conference making all kinds of claims which in themselves could be a case of defamation, abuse of process and basically a criminal intent bent on mischief!

This is ridiculous and Police reports are sacred and not to be abused.

To each Police report made there is a significance!

It opens the door to the investigation of a criminal incident!

Police reports are also used for further investigation prior to trial and at trial as a basis to cross-examine the police officer who filed the report.

Perhaps, in view of the abuse of this process the police administrators in the country may have to warn that punitive action will be taken against anyone abusing this process in political agenda and mischief!

It is time we address this abuse and I will have a word with my dear friends the Home Minister and our IGP on this matter.

It is time that the Police take action on Police report makers and make these groups accountable if their reports are frivolous, vexatious, an abuse of process containing misrepresentation and fabrication!