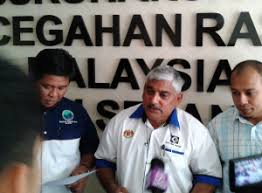 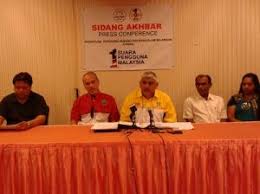 I am thankful to The Star (26th Oct., 2012) newspaper for highlighting yet another shocking news that raises red flags all over confirming my war of words and several press conferences where it was highlighted that something is strangely wrong in the way our banks operate!

Already in several developed countries which includes the US, the UK and Europe action has already been taken against banks for the same issues being raised by the Consumers Association of Subang and Shah Alam, Selangor (CASSA).

We have untold horror stories with Non Performing Loans (NPLs) being sold to third parties at huge discounts when in the first place if the same is offered to the loan taker all things could have been resolved!

We have chaos with 5 major buyers of NPLs and investigations on them raises many strange and shocking affairs which in any other jurisdiction would have resulted in a Royal Commission of Inquiry!

In one bank group itself there are allegations that 43,000 troubled loans were sold off to these predators!
Then we have issues which violates the National Land Code!

We have issues with the issue of Vesting Orders and its legalities!

We have issue with syndicated Auctions where today there are allegations that criminal groups, loan sharks, smugglers and money launderers with help from certain irresponsible lawyers and with insider information on ‘troubled housing accounts’ are buying in with price sensitive information from insiders who are offered bribes?

So I am not the least shocked that a clerk found her home being auctioned off by a different bank despite having fully settled a loan of RM25,000 with her borrowing bank two years ago.

The house owner had claimed that she had neither entered into any sales agreement to sell her low-cost double-storey terrace house in Taman Tambun Emas here, nor applied for another loan from the bank, which was carrying out the auction.

And adding to that she had verification and confirmation from her borrowing bank, which confirmed that she had settled the full loan amount, in February 2010.

But here was a shocker!

In December that year, a notice of public auction was served on her property by the other bank!

She also added that to date, her borrowing bank has not released the title to the property to her and why is this so if the loans has been indeed settled?

The bank’s answer according to her is that they are still waiting for a reply from the law firm, which handles the security documents.

You do not have to be a rocket scientist to note that something is amiss here and we may be witnessing yet another case of high powered and executed fraud! 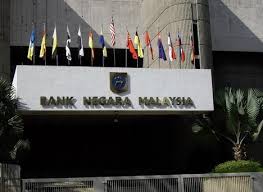 So far those expected to play the role of watch dogs are either sleeping or more interested to suck up to industry players and politicians rather than the common man and women on the verge of losing all thanks to their incompetence!