‘I have yet to see any tangible transformation exercises here despite multi millions spent on spins here and abroad in the name of talent scouting?’ Dato Dr Jacob George

Will they be just ‘talk sessions’ like before with no road map to an affirmative action program for Malaysian Indians.

Or as some claim, is this another facet to fish for Indian votes in what is seen as a major political battle expected to be the dirtiest in Malaysia’s history?

While others say that the fear of losing is apparent in the manner we are dishing out goodies as never before in any pre election drive?

Newspapers can spin it any which way but touch your heart you know the situation where many state assemblies are facing automatic dissolution is also a new political embarrassment in our political history!

But as a consumer advocate I am glad that the Najib government has finally acknowledged that the Indian community has been completely marginalized.

I have been saying so in chorus with many others despite certain members of the political parties saying otherwise. Will there now be light at the end of the tunnel for Indian Malaysians with the government administrators and the politicians seriously doing something to alleviate the problems that saddle the community?

Will those who are dominant in the Malaysian political life and the civil service make provisions to change the image of the civil service to reflect the composition of ‘Malaysian truly Asia’ or is that all part of just of a spin to attract the ‘tourist ringgit?’ 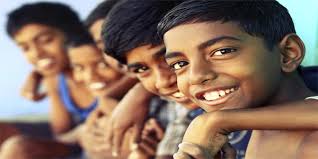 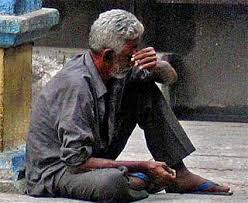 Indians have lost further ground as Indian equity has reduced from 1.5 percent and yet we have Indian leaders in the government boasting of grand plans for the community.

Some have even stated that they are all are waiting how another Malaysian five year plan would be translated to increase Indian equity and I have just this to say to them.

They can wait till the cows come home as nothing is going to change because they themselves have refused to change their political mindsets.

Many serve themselves despite expired shelf life – and their relatives rather than the community; they give bold speeches and promises but the community has been left too far back to make any inroads or impact.

Unless something along the lines of an affirmative programme is introduced and monitored by third party Indian professionals (not political parties!) we will be entrenched at the bottom of the food basket!

And unaddressed, if the present drive continues, I will echo what former Deputy Minister, the late Pathmanthan, the ‘blue eyed boy of our second premier Tun Abdul Razak’ stated at an international conference held at MU in the 80’s ‘Malaysian Indians have gone into a very dark tunnel and I do not see any light at the end of the said tunnel.’

Even a simple application for a business license is met by the ‘political demand’ that unless our firms have a 70 percent bumiputera equity, we will be rejected.

How are companies with professional managers and owners, adequate finances and track record able to compete then in this form of perverse environment?

I will tell you honestly, my wife and I have told our children that we will do our best for them to receive tertiary education abroad but have called on them not to come back because as we see there is no future for them here in Malaysia if things continue in the direction it is moving today.

I have yet to see any tangible transformation exercises here despite multi millions spent on spins here and abroad in the name of talent scouting? 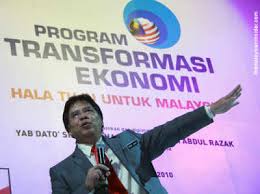 The irony is in 2013 despite all the multi million speeches on transformation – we have two world class Indian surgeons who have made it to the Guinness Book of Records for medical breakthroughs who after a dedicated and sacrificial tenure at government service are still without a job and asked to ‘justify why they should be reengaged by a bunch of morons and idiots, basically ‘little Napoleons – masquerading as professionals?

Finally rightly or wrongly despite all the 1Malaysia screams – there is already a widespread belief and perception that Indonesians, Bangladeshis, Pakistanis, Filipino Muslims, Arabs, Caucasians and other migrant groups some among them, married to a politically dominant race have more rights than our families who have been here for more than five generations.