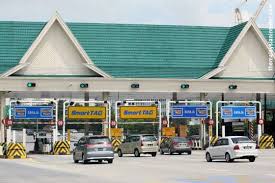 Consumer Associations of Subang and Shah Alam (CASSA) has questioned the government’s simultaneous increase of 18 toll roads at a time the people is grappling with the high cost of living brought about by the Goods and Services Tax six months ago.

Its president Datuk Dr. Jacob George said the government should realise that its decision is painful on the people which has to spend more when at the same time their purchasing power is shrinking.

Why is it that the government fails to understand the sentiment of the people? Why does it not want to share the pains and sufferings of the people?

I hope the government answers that question, he told MalaysiaGazette.

He was commenting on the government’s announcement on Monday to increase toll rates effective tomorrow, of which some has been increased up to 80 percent

Jacob said the increase affects the most unfortunate middle income group as they are the ones which do not receive any benefits or incentives from the government.

A lot of those in this group has to take up two jobs due to life pressures especially on those who has heavy liabilities and responsibilities.

A majority has to depend on credit cards as they do not have savings to support their income due to the rising cost of living in towns.

Then why burden the middle income group with another toll hike? This toll hike is a shock which should not have happened and not appropriate to the people.

Jacob said the toll increase has drawn the ire of the people and the government should do a census to find out its popularity level at the moment.

The government’s move to increase toll has sent a perception to the people that it is protecting the concession owners and not the people.