‘All stakeholders in Malaysia and elsewhere, must realize that in this modern global village, where time is of the essence, and where foreign countries depend more on their own intelligence gathering, and updates, diplomatic packages from their diplomats rather than rely solely on third parties to safeguard one’s own citizens!’

Travel Advisories – Australia & International Community’s Duty To Protect Their Own!

It is important for all nations to protect its own citizens and Australia’s advice to its citizens to avoid eastern Sabah should be respected by all parties devoid of uncalled for sensitivities!

Australian High Commissioner to Malaysia, Rod Smith has reiterated the advisory would remain as long as the threat of cross-border kidnappings existed in the area.

However, instead of being overly sensitive, we should be encouraged that the said advisory do not hinder, or level a caveat for tourists to visit Kota Kinabalu, and other areas of that state or Peninsula Malaysia!

We cannot deny or pretend, all is well in Sabah’s east coast, where in the past few years, we have seen cases of kidnappings for ransom, carried out by Abu Sayyaf militants from the southern Philippines.

We have witnessed gruesome murders, and the agony of families pleading for the safe return of their loved ones kidnapped!

All stakeholders in Malaysia and elsewhere, must realize that in this modern global village, where time is of the essence, and where foreign countries depend more on their own intelligence gathering, and updates, diplomatic packages from their diplomats rather than rely solely on third parties to safeguard one’s own citizens!

Secondly, there is no legal necessity to start a dialogue, or check with any parties whosoever, before issuing any advisory, whose sole focus is the safety of one’s citizens!

If some stakeholders fails to understand this fundamental right, one is lost in the woods and totally ignorant, how the international community and governments, are expected to act and whose felt needs and rights they are expected to protect. 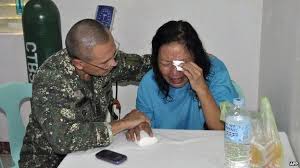 Instead of getting upset and issuing defensive press releases, which is unprofessional, it is also pertinent to understand what a travel advisory is?

A travel warning, travel alert, or travel advisory is an official warning statement, issued by a government agency to provide information about the relative safety or not, of traveling to or visiting one or more specific foreign countries or destinations.
In this case, Australia has issued a Travel Warning, when they want their citizens and others, to consider very carefully whether they should go to a country at all.

There is nothing personal or political about this!

Other reasons may include, strikes, demonstrations, or disturbances; a health alert like an outbreak of H1N1; Zika, or evidence of an elevated risk of terrorist attacks or kidnappings by armed groups and terrorists, as is the case in point!

In some cases, it could be an action, taken as a final straw, after being convinced that there is a total loss of confidence, competence or professionalism in some external parties handling an issue based on a “checklist of concerns” on the matter of the country issuing the advisory.

It shows that we are not aligned, how others in responsible and professional positions, carry out their duties, or “duty of care”, guided by their respective constitutions, laws of the land and convention.

Instead of “mourning and groaning”, professionals in countries cited in advisories, should do some earnest soul searching, what brought this state of affairs and how to regain the trust, confidence and respect of the global community going forward!