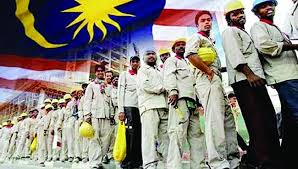 ‘Who are the victims here?

Genuine industry players who have followed all the strict procedures having looked at their headcounts needs and many failing to attract or retain local talents especially in Johor – thanks to the Singapore factor – and making applications with the Malaysian Human Resources Ministry followed through with even greater scrutiny at the Home Ministry and receiving their approvals and paying the levies in the millions and now caught in a bind!’

Everybody not related to the issue at hand are making speeches!

We have self serving NGOs who usually rant and rave, we have others basically political NGOs sucking up but in this case whacking worker engagement process, we have children of the politicians who have no business making policy statements, we have youth and sports minister, and the minister in charge of Parliament zooming in as well which muddies a already seriously muddied political and business atmosphere in muddied Malaysia!

For far too long family members, are alleged to get involved and in many allegations interfered in the political conversation and office of politicians?

Recently even daughters were getting involved which is dangerous and unhealthy!

When one does that members of the public the ratepayers respond and they become fair game!

Parents then cannot and should not punish ratepayers or public interest groups for this as in the first place they have absolute no business getting involved in affairs of state!

And has this now been at great costs to genuine industry players?

Genuine industry players who have followed all the strict procedures having looked at their headcounts needs and many failing to attract or retain local talents especially in Johor – thanks to the Singapore factor – and making applications with the Malaysian Human Resources Ministry followed through with even greater scrutiny at the Home Ministry.

If they survive all they get their approvals, pay the levy payments that may run into the millions and then prepare the process here and in the source countries to on board the workers!

This has got nothing to do with whatever with the alleged on boarding of 1.5 million Bangladeshis under the G2G (Government-to-Government) Plus scheme, which allows them employment in the construction, service, manufacturing and agriculture sectors, apart from the existing plantation sector opened to them.

But these industry players have become scapegoats and victims in the cross fire and grouses between genuine stakeholders and others – predators and politically and mentally bankrupt individuals and NGOs!

The leadership of the Federation of Malaysian Manufacturers, others in the Construction industry and other sectors have responded that whatever has been approved, paid for through levies must be allowed to pass!

That is respecting that there is a genuine contract in place, having respect for stakeholders who participated with the government undergoing all the legal process resulting in their positive success in gaining approvals and having done so spending further monies in the on board process while assuring their international clients that they have adequate headcounts to meet the orders and their deadlines! 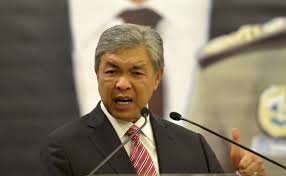 But that has hit the dust and created confusion when Deputy Prime Minister Ahmad Zahid Hamidi went unilaterally at a election rally announcing a suspension on all foreign workers intake!

He should have taken pains to say that this suspension pending reviews only affected the proposed 1.5 million Bangladeshi project not others that completed the due process.

Has Zahid’s shocking and distasteful announcement created tremors and warned the international business, investing community and Industry customers that they may have to relocate or find new contractors in other ASEAN countries notably Vietnam, Myanmar, Laos, Thailand, Indonesia and the Philippines where public policy is rational and pragmatic and devoid of u-turns, zing-zags, or clouded by personal and political conflict of interests?

As a global corporate adviser I am already aware that a decision was already taken as far as litigation goes to commence proceedings either in Hong Kong or Singapore a different legal jurisdiction!

The next one will!

When many genuine industry players say – “enough is enough” and relocate in other ASEAN destinations because it is difficult to get locals to work and stay and now even to engage foreigners a nightmare, so that the machines will be worked!

MNCs and Industry do not need this!

They have the money and thus they can just begin to make preparations for eventual exit!

I feel deeply sorry for my dear friend, Minister Tok Pa, as he is known in endearment, and the professional job the Trade and Industry Ministry does that had brought all these players to Malaysia but now looking to exit? 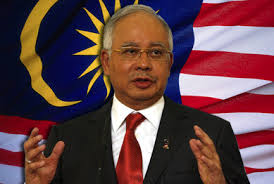 I feel saddened for Premier Najib Tun Razak @ Pak Jib, who has been criss-crossing the globe drawing in investments, meeting MNC leaders, Corporations, Industry global Captains, that we need, which includes his deliberations in the ASEAN-US recently!

I cry for Malaysia today!