â€˜When they are politically in trouble they call you and you help!

When you ask them for assistance, call them, SMS them, they pretend you do not exist!

They are only interested in big time crony contractors!

They can be Ministers, deputy Ministers but who are they really serving?

They have inflated egos when they are just nobodies!

Except being at the ‘right place and time when the last GE Tsunami hit!’

I will go on record that today my experience is I have received progressive and ready assistance to the issues I have addressed or brought up – from Malay and Chinese politicians rather than one of my own, which is embarrassing!

As far as I am concerned â€“ they are all but self servers!â€™ â€“ Dr Jacob George 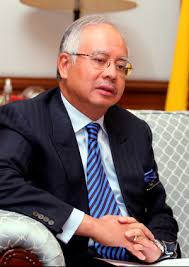 NAJIB URGED TO WEED OUT SELF SERVING INDIAN LEADERS!

The pertinent question that needs to be asked this morning is whose rights and interests are Malaysian Indian leaders fulfilling?

First, are they really our leaders?

Secondly, do we have quality Indian leaders?

Thirdly, are they focused and free from any scandals and skeletons in the cupboard or got there because of political sine biotic relationships and political wrestling and understanding rather than being really identified by the community to lead them?

Yes, I am aware many claim to be Indian leaders and most by default because the present system is grossly flawed in identifying, nurturing and bringing to the political forefront dedicated, untainted, progressive and people centered politicians whose sole obsession should be to serve their community instead of themselves and their immediate family, friends, contractors and interests!

In the past you have to be the Presidentâ€™s men and women to be selected for positions and so if you do not have a track record of major ass licking and apple polishing you can forget being selected for high office even if you have the academic qualification, track record of community service, free from scandals and a community profile worth selection without an iota of doubt!

There use to be a joke circulating in the corridors of power that one may have his or her name short listed but between the 5th floor and the ground floor elevator ride â€“ depending how fast your competitor cries and ass licks â€“ you can find your name erased!

And much of that fault also lies with the then Barisan Nasional leadership for failing to scrutinize the candidate list of component parties as not to rock conventional understandings of not undermining component party leadership choices!

So you can be a great public figure, dedicated, clean, the perfect candidate to win elections and ministerial material but IF you are not the â€˜Presidentâ€™s men or womenâ€™ â€“ you are out!

This should end and I want to congratulate Premier Najib Tun Razak and his deputy for attempting to depart from entrenched practices of old and in fact clinically examining the candidate lists!

I am reminded how a former Police Chief kept screaming â€˜at the choiceâ€™ of some of the candidates picked for elections from a component party but he was not in a position to have a veto!

I am today totally flabbergasted at several of the Malaysian Indian politicians who I see as self servers!

When they are politically in trouble they call you and you help!

When you ask them for assistance, call them, SMS them they pretend you do not exists!

They can be Ministers, deputy Ministers but who are they really serving?

I will go on record that today my experience is I have received progressive and ready assistance to the issues I have addressed from Malay and Chinese politicians rather than one of my own which is embarrassing!

They are but self servers!

These fellows seem to be caught up in their own dreams, aspirations, agendas and what have you and I pray that Premier Najib will address this issue before GE13 to see that we have seats made vacant for selecting â€˜outsidersâ€™ who have a track record of service for all constituencies!

Yes Prime Minister Sir â€“ the time is ripe to have a ‘quota for outsiders’ from all races to be nominated to run under the BN flag!