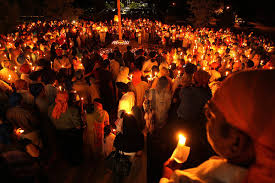 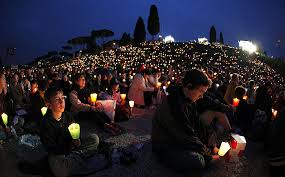 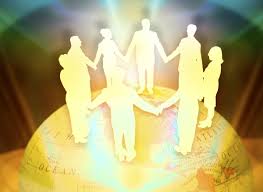 I am certain we all know Mohammed Saeed al-Sahhaf, born 1940 is a former Iraqi diplomat and politician.

He came to wide prominence around the world during the 2003 invasion of Iraq, during which he was the Iraqi Information Minister under Iraqi president Saddam Hussein, acting as the mouthpiece for the Arab Socialist Ba’ath Party and Saddam’s regime.

He is best known for his grandiose and grossly unrealistic propaganda broadcasts prior to and during the war, extolling the invincibility of the Iraqi Army and the permanence of Saddam’s rule.

His announcements were intended for an Iraqi domestic audience subject to Saddam’s cult of personality and total state censorship, and were met with widespread derision and amusement by Western nationals and others with access to up-to-date information from international media organizations.

I was in the UK then but I loved him for his daily press briefings in Baghdad during the 2003 Iraq War.

Al-Sahhaf said that Americans and British were attacking civilians: “They bombed civilian neighborhoods and those cowards used cluster bombs.”

He denied that Iraq had weapons of mass destruction, which is consistent with what later investigations concluded.

His last public appearance as Information Minister was on April 8, 2003, when he said that the Americans “are going to surrender or be burned in their tanks. They will surrender, it is they who will surrender”.

He gained something of a cult following in the West, appearing on T-shirts, cartoons, and in internet phenomena.

In the UK, a DVD documentary was sold about his exploits and televised interviews, called “Comical Ali”.

I just wonder who will be Malaysia’s version of Comical Ali post GE13?

Consumerist: Access To Online Media To Be Curtailed By Cyber trooper Attacks From Tomorrow?

It is just amazing how elections are fought in Malaysia!

It is not over policies and issues like educated, grownups do but by threats, arrogance, racist comments, absolute buying of votes in the name of systemically helping the marginalized and poor, a biased media and of course the allegation of outsourced buying and attacks by thugs and political shenanigans!

And today just hours ago I am told by a reliable source from tonight access to online media will be made tough and restricted by all forms of attacks while attacks on mainstream media will get dirtier!

Well, lets us see if these comments are true from tonight?

Consumerist: Safe Malaysia Has Another Woman Slashed In Selangor!

I am lost for words, as the incidences of crime is just mind blogging.

Murder, robbery, carjacking, slashing, petty theft, rape, kidnapping and it can go on and on!

And we are told Malaysia is safe!

Enclosed another case that took place in Selangor.

Below a note from a friend whose wife was a victim!

‘Yesterday, 23rd of April, around 7.15pm, my wife brought my daughter out to get some books for my daughter in Taipan.

After she came out from big book shop, as she’s walking towards her car, she was stopped by one guy.

This guy place a knife on her neck, asking her “jangan jerit”

This guy then came in front of her and asking her to give him the handphone that my wife is holding..

Since she’s was carrying my daughter in her arms, she didn’t fight back nor run, she handed the phone to him immediately.

Few seconds later, this guy told my wife to hand over my daughter to him, my wife instantly hold my daughter as close as possible to her chest and bend away from the guy,

With the knife in his hand, he slashed my wife on her arms trying to hurt her and snatch my daughter.

Someone saw the assault and shouted from afar, that’s when the guy fled the scene with only her handphone with him.

My wife suffered a few wounds around her arms and neck, 8 stitches in total and thank god she’s fine now and also my baby daughter. My baby is unharmed.

Guys, please be extra careful when you have kids with you, be extra vigilant, this society is getting worse… ‘

Opposition leader Anwar Ibrahim has asked the Election Commission (EC) to explain the “dubious” diversion of an EC vehicle carrying ballot boxes to the Sungai Chua Industrial Park in Kajang en route to its Putrajaya headquarters on April 8!

This is a another serious allegation that needs independent verification in the public interest.

The opposition leader is reported to have showed reporters a photograph of what appeared to be two ballot boxes, wrapped with what he said to be a polyester material, stamped with the “SPR” logo as proof, alleging that they had been transported in a Pajero to Jalan SC 2.

For the record – SPR is the Malay acronym for the EC.

Anwar is reported to have said:

“I want an explanation from the SPR. What game are they playing?”

So it looks like that we just do not have allegations of Indonesian , Bangladeshi, Pakistani, Myanmar, Filipinos masquerading as voters at GE13 but now even ballot boxes are mysteriously being moved about?

I am sure there will be more exposures as the days to GE13 comes closer?