MH370 – ARE OUR MALAYSIAN FLAGS FLYING AT HALF MAST?

MH370 – Remembering the 239 who were lost and the families that grieve – my deepest and heartfelt condolences!

‘It is obvious that both these newspapers are been assisted by a ‘black hand’ connected to a certain political party and interest to speculate and defame and perhaps, assist in the demonizing of Malaysia’s opposition?

I pray someone in the UK takes an injunction against both these newspapers in the public interest!’

One must have journalistic ethics, accountability, fair play and decency!

We must carry ourselves with truth, dignity and decorum!

But it looks like both these UK dailies are devoid of these principles!

Name your source and vindicate yourselves of allegations of shoddy and criminal defamation and as aiding intimidation of innocent third parties!

That is my advice to both the Daily Mirror and Daily Mail both ‘pariah papers’ as far as journalistic ethics and fair play is concerned!

One claimed that the Federal Bureau of Investigation (FBI) is set to question the wife of the pilot of missing Malaysia Airlines flight MH370, as authorities look into the possibility that the plane could have been hijacked!

This irresponsible newspaper even went on record to name the wife of Captain Zaharie Ahmad Shah thus compromising her security and privacy!

They did not stop there even had the audacity to expose personal and private matters which at this material time is not warranted!

The Daily Mail, on the other end – had reported that Zaharie had received a mysterious phone call from an unknown woman using a mobile number obtained using a false identity.

That report said the call was being treated as “significant” as a proper identity document is required in order to buy a prepaid SIM card. The number, the report said, has been traced to a phone shop in Kuala Lumpur!

I am glad that Malaysia’s top cop Tan Sri Khalid Abu Bakar dismissed the report and asked the newspaper to provide the telephone number which would be “helpful”.

“If not, it is mere speculation,” Khalid was quoted as saying in the Sydney Morning Herald.

It is obvious that both these newspapers are been assisted by a ‘black hand’ connected to a certain political party and interest to speculate and defame and perhaps, assist in the demonizing of Malaysia’s opposition?

‘There is indeed a silver lining in this international tragedy – We should use this to conduct a comprehensive and critical review of its running and alleged abuses and put into place a team of sincere, dedicated, committed and straight talking management team at all tiers from within and out to chart a new course for the national carrier!’

The disappearance of Flight MH370 is now an international issue of massive proportions!

The usual protocols of ‘passing the buck’, threats of sedition, double speak or denials will not help.

At the time of writing, this is the lead story on all international networks which should save our Tourism Ministry millions saved on advertisements – as now Malaysia is known at all corners of the world?

But 16 days in a tragedy – massive damage has already been done in full glance of the international audience and unless someone is really more silly and stupid – it is time to come clean on all fronts even IF it hurts us in the short term!

And yes – the many contradictory statements, mismatched announcements and recanting of what was said just hours earlier did not help as they were already on local and international record!

There are no brave men out there to take a punch, make a stand, show who’s in charge, only self-servers protecting themselves except, perhaps, for the Defence Minister and acting Transport Minister!

The Australian Maritime Safety Authority (Amsa) has requested for the cargo manifest!

Instead of indulging in silly unproductive exchange, it is best to provide the international response unit one without delay.

IF we have nothing to hide, we should come clean not pass the buck to another Malaysian agency!

The international committee has had enough of this circus!

It works with Malaysian mainstream media certainly not the international ones.

And certainly this has nothing to do with race or religion as some spin it to be!

This is strictly business!

IF we do not – it may be construed that there was contraband smuggling, gold, exotic animals, other illegal shipments or something very lethal and dangerous on a passenger carrier; and we do not want that spin now which may ground MAS as an international airline!

Tragedies happen but we owe it to the founding fathers and employees of the 67 years ago Malayan Airways which then became Malaysian Airlines in 1972!

If not their dedication, sacrifice and hard work is destroyed on the altars of selfish, self-serving predators, scavengers and political appointees who did nothing for the airline except bleed it to its core for themselves and their political godfathers!

There is indeed a silver lining in this international tragedy – We should use this to conduct a comprehensive and critical review of its running and alleged abuses and put into place a team of sincere, dedicated, committed and straight talking management team at all tiers from within and out to chart a new course for the national carrier!

A management team who will not tolerate cutting corners, apple polishing, abuse but truly professionals.

I am certain there are still a few good men and women in Malaysia who will fit the bill! 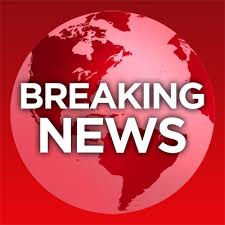 China announces another breakthrough in finding ‘another wreckage’ (?) 22 by 30 caught by their satellite in the said region where earlier sightings were seen!