Consumerist: Has Terrorism Come To Malaysia?

At the time of writing those expected to do their job or have enough intelligence gathering talent have failed to red flag this!

So why did this happen?

Is this the beginning of many further attacks?

In this incident which has already gained international exposure with the international wires buzzing there is one dead, another 13 or so injured!

There were Chinese, Thailand and Singapore nationals who were collateral damage in this attack.

So what was this attack all about?

So Madam Nancy Shukry – is this attack permissible IF indeed investigations show that there was no triad or underworld involvement let alone competition or a angry mistress showing her temper tantrums but that of a carefully planned and orchestrated attack to test both the readiness of the authorities and the country’s political will and commitment to address the lunatics that are frequently making headlines with their racist venom on minorities of the country!

Last night a nightclub, serving alcohol, was targeted, in the past churches shared similar fate and incidents like this in a multi-racial and multi-religious Malaysia unaddressed will destroy all that we have so painfully worked for!

I am certain the US, the UK, Europe and the UN are watching rather painstakingly at what is preached on lofty rostrums in international fora and the reality on ground zero!

Will this now add to the brain drain and migration of the talents we so much need which will be only be replaced by the unskilled and dangerous from the terrorist flamed regions, the scam filled territory of the African continent or worst, sleeper agents coming in for their RR is yet to be seen!

I am certain dear friends, the Home Minister and the IGP have their best men and women on the job and I encourage and fully support their efforts in this matter!

We do not want Malaysia to be remembered for fanaticism, bigotry, race and religious intolerance, for race supremacist but for the goodness of multi-racial and religious Malaysians living in unity despite diversity in a country where peace, respect and joy are the cornerstone of the nation!

Prime Minister Najib Abdul Razak has condemned the explosion at a nightclub in Bukit Bintang this morning, which killed a car jockey and injured 13 others.

Consumerist: Nancy You Are Wrong!

Minister in the Prime Minister’s Department, Nancy Shukri’s written parliamentary reply on behalf of the prime minister has now become a classic statement of full and complete idiocy and madness and one which clearly epitomizes the alleged double talk, double standards and where outsourced racist and religious fanatics and bigots are now rewriting the laws and interpretation of it in Malaysia!

It plays up to the supremacist policies of the regimes that use to propel apartheid in the 60’s onwards!

For Nancy – Sarawakian Christians will remember that statement now and it will come to politically haunt you GE14!

So with this vulgar interpretation what has become of the Federal Constitution, the concept of accountability, ethics, of justice, the rule of law and fairness.

Does this now mean that elected representatives are bowing shamelessly to unelected political and religious shenanigans, terrorists and other dark forces for their political shelf life? 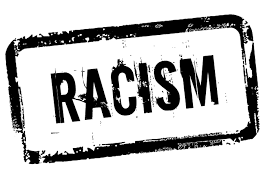 Religious and Racial profiling has come to represent the most fearsome form of institutionalized racism in the world today!

The victims usually minorities of the land!

For these minorities – what could be scarier than the prospect of being subjected to systematic marginalizing and discrimination by powerful politicians, outsourced NGOs, religious and racial fanatics, retired members of the judiciary, and other morons!

Where one’s race and religion is attacked and scandalized by racists and morons!

These systemic attacks day in and day out are today invading every sphere of one’s life in many parts of the world?

In these countries, even history and data are rewritten to add justification to a new script to justify fabrication!

In some countries, what could be scarier than the prospect of being subjected to systematic discrimination and attacks by powerful politically sponsored and outsourced racists NGOs, politicians, retired members of the judiciary, the civil service and the media while those expected to protect look the other ways or worst practice an elegant silence while outlandishing one’s claims of moderate credentials?

Because the victims here are the minorities they are spooked and their lives politically sodomised as day in and day out these threats are repeated and communities provoked as it invades every sphere of one’s life!

If unaddressed by the US or the UN security council it sets the tone for eventual genocide, the loss of a homeland where one’s forefathers had for generations worked the land and all tiers of life while economic migrants take their place in a strange vulgar justification and dynamics! 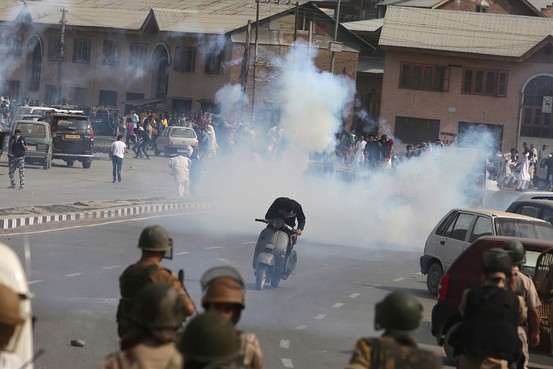 Consumerist: Will The New India Take Out Pakistan?

On Monday – at least nine civilians were killed and dozens more injured as Pakistani and Indian forces exchanged fire along the two nations’ tense border, the latest in a series of deadly clashes in recent months.

As usual like a TV serial – both blamed the other for starting the violence, which further undermined an increasingly tenuous 2003 cease-fire agreement designed to keep the peace between the nuclear-armed rivals.

According to reliable sources – mortar shells and gunfire killed five people, including a 13-year-old girl, on the Indian side and there was four, including two children on the Pakistani side!

The two countries share a long, volatile border, and are embroiled in a long-standing dispute over Kashmir. Each administers part of the region; both claim it in its entirety.

He stated that Pakistan should:

“understand the reality that the times have changed in India,” under a new government that has pledged to take a harder line on matters of national security.”

So is every one laying the groundwork for another India – Pakistan war? 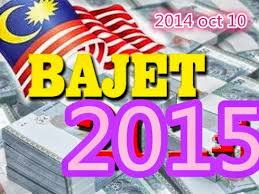 On Friday Premier, Najib Tun Razak will present yet again the nation’s budget!

To be short – I am certain that the Premier and Finance Minister Najib Abdul Razak will unveil a pleasing budget on Friday, placing the priority on winning the toughest challenge in his political life – the hearts and minds of those who voted against his administration in the last General Election!

I expect the budget to reflect the much-needed reforms to broaden Malaysia’s tax base and reduce its dependence on oil!

I expect major measures to help poorer families struggling with rising living costs of goods and services and those with a struggling income of below RM3000.00!

But I fear that if too much freebies are given it will alarm financial markets, adding further signs of fiscal slippage creating investor concerns over a steady deterioration in Malaysia’s finances and grandiose spending which have been hallmarks of seepages, wastages and abuse from time immemorial!

We must remember that the Malaysian economy may have grown at a brisk annual pace in the second quarter, but many lower-income and middle-class Malaysians have complained to CASSA that their salaries have not kept pace with rising living costs and surging house prices.

CASSA would want the government to introduce a goods and services tax (GST) to widen its revenue base in a country where only about 10 percent of the workforce pays income taxes and to cut fuel and subsidies that favour the rich power producers and GLCs while retaining them for the poor and marginalized!

It is time we have a new more realistic consumer index which truly captures ground zero economic realities of affected communities!

We need to address issues pertaining to public transport, housing, healthcare, the environment, the brain drain, security, decent wage and the pensioners!

It is no quick fix!

Financial abuse must also be tackled!

CASSA would appeal that the budget will be one that exhibits financial prudence and accountability, transparency and good governance and not a goodies circus which provides short term political victories but undermines the nation’s future!

Najib knows what he has to do and CASSA will stand with his administration to address these issues in a accountable manner with dignity and decorum!