As I write this piece, I am informed we have over 28 Chinese fishing vessels berthing at Tanjung Manis, Sarawak for the past two years without carrying out any fishing activities.

It is very suspicious and I am glad that dear friend Malaysian Maritime Enforcement Agency (MMEA) chief First Admiral Ismaili Bujang Pit is concerned of this matter!

Inexplicably these so called “fishing boats that have licenses only have skeletal crews which raises issues!

Our borders are porous and entry and exits points already abused by irresponsible quarters!

We have a great security and intelligence unit, that are working 24/7 to keep us safe by day and night!

In the background, recent attacks abroad be they in France, Turkey, Germany, Brussels and the US by militants and loan wolfs show we live in dangerous and challenging times.

Time is of the essence!

These times need special response mechanisms to address at breakneck speed a response to protect life, limb and the nation’s security so the National Security Council (NSC) Act 2016!

The NSC Act contains provisions for the protection of civilians and their property as and when they are covered by the establishment of a security area, and also sets limits on the actions of the security forces during that time. 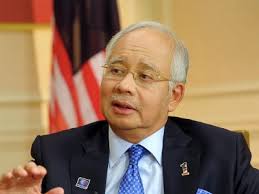 And Najib is right and there is no necessity for a public apology for enacting legislation placing the safety and security of the Malaysian people first.

The threat it addresses is real – and Malaysia, too, got a taste of its first Islamic State (IS) attack recently!

And only the speedy and professional response by our security agencies arresting several suspects, aides and abettors have prevented real casualty!

We owe great gratitude to the security apparatus and agencies in Malaysia for their quick action!

I understand the concerns of several quarters in regard fear of abuse.

And the statement by the Premier here is targeting in assuring these quarters that their concerns are being addressed. 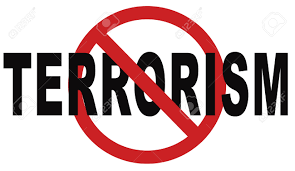 Having stated the above I also appeal to the Premier to come out strong and direct on our racists and hate driven groups in the country and others advocating the murder of non-Muslims!

Whether friend, foe, party member or sympathizer- there is no place in 1Malaysia for them!

To the Opposition politicians, dear friends, I appeal that you continue carrying out your duties as your political office but based on facts, figures, and seek clarifications from Prime Minister Najib personally.

He practices a revolving door policy and is available to meet quarters to address real concerns and to provide real assurances.
This is vital and a professional duty.

We need to carrying out our respective duties with dignity, decorum and not rush into politicking, fear mongering, manufactured allegations, which will be a destabilizing factor in a multi religious, racial and party system in Malaysia!