I want to thank the numerous email writers who echoed their strong undivided support to the trend of the statement made yesterday on donations and â€˜hand-out eventsâ€™ involving the marginalized communities in the country!

It is just not political parties that are caught up in this despicable practice but government agencies, NGOs and the so called charities and cooperatives set up with government allocations, public donations and funds!

I have always stated that even Consumer bodies of late are caught up in this web! 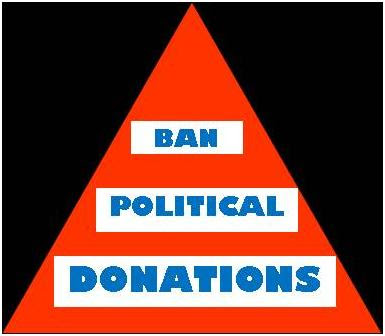 I have always stated that we cannot and should not mix charitable activities and politics as the integrity and accountability of both will be at stake in view the manner things are undertaken in Malaysian corridors!

We have heard of abuse of such charities to plump blow politicians and their wives for photo shoots and for their political agenda!

We have heard of politicianâ€™s wives who insists that they get the same positioning as their Â politician husband at government and public events and â€˜hell breaks looseâ€™ if that does not happen!

We have heard of the monies gone missing from donations after human and environmental disasters!

Of late, I heard a rumor that even a consumer body was being investigated for â€˜corruption and abuse of public funds!â€™

It was a culture shock to me!

These things were never heard of during the days I started as a consumer advocate in the seventies in Penang!

And we sometimes find it strange that there is little difference between the manner their public statements are worded as they seem so familiar to one that is released by a political party or â€˜politician wanna be!â€™

But coming back to the manner we manage issues pertaining to the poor, the marginalized, the single mothers, the orphans, donations â€“ there must be care and sensitiveness!

Just because they are poor does not mean that we drag them through a massive published media photo shoot of cheques and handouts being given by beaming politically rich and famous politicians or their wives!

Why do we need a photo shoot if the intention is to genuinely help?

Why do we need to highlight the event as if it is a success story when in actual fact it is a shame that we have such target vulnerable groups in our midst!

The same goes when we use a political shoot for handouts from the Malaysian public for operations and medical intervention schemes when we already have an ever ready Ministry of Health, Malaysia who will be only too happy to assist in real situations!

At the time of writing there is so much political spin on what we are doing in West Asia and now Pakistan!

Well done but are we being fair and consistent in this?

I did not hear the same emphasis for assistance and political spin elsewhere when disasters strike as in Sri Lanka?

True it is difficult to today differentiate between an honest heartfelt response and one from a political predator or his ever scheming wife!

But charity starts at home â€“ that means to all those in need in 1Malaysia!

I sincerely hope that we will see reforms in this area!