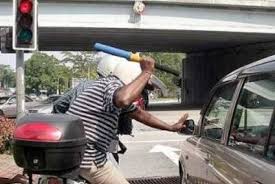 ‘The Emergency Ordinance should never have been repealed last year by the Najib administration as part of a reform effort, resulting in the release of some 2,000 detainees without first an in-depth study and reasonable consultation with the Police top intelligentsia!’ – Dr Jacob George .

There is an upsurge in crime and no one feels safe anymore in Malaysia!

Malaysians can see a clear pattern emerging where these attacks are organized with precisions and timing!

It is a pattern of emerging organized crime!

If the comments posted on online media and mentioned at on the street polls are a benchmark – it is a damming black day for Police enforcement, its claims of professionalism, integrity and competence!

High Court judge V.T. Singham, who turned 65 and resigned today sending shock waves through the legal fraternity and whose damning judgment against the Inspector-General of Police Khalid Abu Bakar and the force over the death of detainee A. Kugan three years ago is anything to go by it is the final nail on the coffin and confirms public fears!

While we can debate a quick fix solution by suggesting to either reinstate the Emergency (Public Order and Crime Prevention) Ordinance 1969 or the enactment of a similar law as an instrument for preventive detention similar to the EO, with a stringent check and balance system which cannot be abused, be formulated it is a little too little too late!

The Emergency Ordinance should never have been repealed last year by the Najib administration as part of a reform effort, resulting in the release of some 2,000 detainees without first an in-depth study! .

The present bad publicity and image battering that the Police are receiving is certainly not fair to the many dedicated and good police officials at all tiers – dedicated, sacrificial, honest, professional and competent!

But are they today often sidelined for promotion in favor of those who curry favors with politicians and top brass as seems to be the perception?

The other perception is this upsurge in crime is the direct result of politicking and the alleged redeployment of massive number of police officers to keep track of the opposition leaders which depletes the staff available for crime prevention and crime fighting?

But, rightly or wrongly, whatever the real reasons – two perceptions are in the mind of Malaysians:

1. Crime is on the upsurge where Malaysians are the collateral damage and victims and self policing is the benchmark
2. The Police are not doing enough to address the issue and the is a lack of professionalism and far too much interference from politicians in the daily decision making process of the force?

Rightly or wrong my dear friends at the top brass at Bukit Aman must address these perceptions speedily!

I have always advocated the need to introduce ‘encounter’ in Malaysia – in view of far too many violent crimes on our streets and it is time the element of fear be reintroduce to the criminal out there that he is not free or insulated from having serious harm come to him – the same he enforces on poor unsuspecting Malaysians day in and day out!