‘Instead of mourning and groaning, professionals in countries cited in advisories, should do some earnest soul searching, what brought this state of affairs and how to regain the trust, confidence and respect of the global community going forward!

Anything less – is running away from the core issues!’

Consumerist: International Community’s Duty Is To Protect Their Own – They Are Not Bothered About Your Political Sensitivities Whatsoever!

Strange that in this modern global village, where time is of the essence, and where foreign countries depend more on their own intelligence gathering, and update diplomatic packages from their diplomats rather than start a conversation with third parties on how to safeguard one’s own citizens!

Secondly, there is no legal necessity to start a dialogue, or check with any parties whosoever, before issuing any advisory, whose sole focus is ones citizens!

If one fails to understand this fundamental right, one is lost in the woods and totally ignorant how the international community and governments are expected to act and whose felt needs and rights they are expected to protect.

Now before we go further, what is a travel warning or advisory?

A travel warning, travel alert, or travel advisory is an official warning statement issued by a government agency to provide information about the relative safety or not, of traveling to or visiting one or more specific foreign countries or destinations.

They issue a Travel Warning, when they want their citizens and others, to consider very carefully whether they should go to a country at all.

There is nothing personal about this!

No need to kiss any ones backsides either! 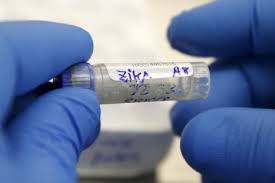 Other reasons may include, strikes, demonstrations, or disturbances; a health alert like an outbreak of H1N1; Zika, or evidence of an elevated risk of terrorist attacks as is the case in point!

It could also be an action, taken as a final straw, after being convinced that there is a total loss of confidence, competence or professionalism in some external parties handling an issue based on a checklist of concerns on the matter of the country issuing the advisory.

It only shows that we are not aligned, how others in responsible and professional positions, carry out their duties guided by their respective constitutions, laws of the land and convention.

Instead of mourning and groaning, professionals in countries cited in advisories, should do some earnest soul searching, what brought this state of affairs and how to regain the trust, confidence and respect of the global community going forward!