‘The fact remains that it all started with this serial racist journo who has a history and track record of ‘apartheid trend racism’ who decided that day he will now attack this film and so he did!

He is untouchable by any standards of public or international morality or ethics!’ – Dr Jacob George

Consumerist: Its Plain MOB Rule Again, This Time, A Commercial Film Is Reviewed!

The mob says it ‘glorifies communism?’

So if really that is a fact have the courage then to immediately break off all diplomatic ties with China!

Stop all Malaysian cronies, the types that have great business interest there after they secure government contracts at various forms of procurement and go to China and set up shop there to manufacture those procurements!

Communist, communalism or whatsoever, no, I do not think they will do that – far too much personal, private and financial interest linked to all those procurements and project deals?

This is all another high powered stupidity totally exposed to Malaysians and the rest of the world how we continue to do things despite the warnings on the wall post GE13!

This is certainly not a cabinet directive, neither has there much discussions held with component political parties of the Barisan Nasional to precipitate perceptions and reaction from the ground?

My friend, the Home Minister says – it ‘needed to be reviewed further in terms of plot and message.’

Dear friend, Communications and Multimedia Minister Ahmad Shabery Cheek screams out, not to make judgments just based on a trailer which is a professional approach!

More so, one needs to take cognizance of this that the censorship board received a review application from the producers on September 6th last year, it was viewed and censored by a team of three from the said board three days later!

And a Certificate of Admittance A ( permission to screen) was also issued on November 9th last year!

To be noted is that movie was rated as “lulus Bersih” (no censorship) with a P13 classification.

Interestingly, the said censor felt that the scenes in the movie contained action shots which were not overdone to maintain the story flow!

Now where is its flaw?

It does not make sense! 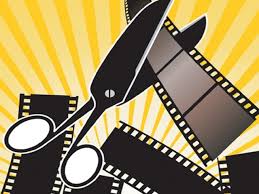 Are we overriding the decision of the censor board because a serial racist journo started yet another ‘fire?’

The fact remains that it all started with this serial racist journo who has a history and track record of ‘apartheid trend racism’ who decided that day he will now attack this film and so he did!

He is untouchable by any standards of public or international morality or ethics!

This provided others particularly – bankrupt politicians and politicians wannabe to go on a wild frolic of their own using unknown benchmark morality and what Malaysians can and cannot see now?

The result – You have just abused and disgraced the said censorship board now with this kind unilateral action from spins.

And it is a pity when individuals are not able to differentiate between historical data, facts, figures, documentary evidence, reality and a film made for commercial pea

This is now a violent strand of intelligence attacking virus that is causing a pandemic among certain Malaysian politicians from a certain political party spooked at each and every political corner and alley!

The sad part is the people are hurt repeatedly even the ones that support us despite all these rubbish from time to time!