‘It will also prevent the same politicians speaking with a ‘warped logic, forked tongue and venom’ in domestic politics , but by some ‘inexplicable transformation’ (?) as ‘peace ambassadors and international statesmen’ in international boardrooms and forum!’ – Dr Jacob George 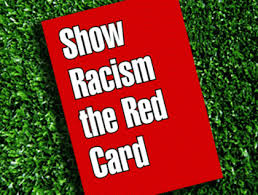 LEVY SANCTIONS ON RACIST POLITICIANS THE US AND EU URGED!

Once they were all stationed in South Africa but since those dark days of apartheid, racism and racist policies have mushroomed the world over!

Today it is official nationalistic policy in some countries to spearhead racism, racial and religious profiling!

And when this is done the damage to a society and future generations is far greater than can be envisaged!

We already have the war against terrorism and perhaps it is time for another war!

Not a war using weapons of destruction but a war targeted at politicians the world over who spearhead acts of racism and religious prosecution on minorities of the land!

The instrument I am referring to is a comprehensive travel sanction levied on each of these politicians no matter which country they originate!

This should be followed up with the freezing of their assets and bank accounts abroad!

It is time the international community stood together addressing racism, religious profiling and the displacement of minorities and defenseless communities by political mind games and brute force!

Both the US and members of the European Union have between them the hard and software to initiate this without delay!

This brings us to the question of the identification of racist politicians spurring venom of hate in their respective societies create turmoil and racial riots and displacement!

Whether this is in Somalia, Uganda, and Yemen, Zimbabwe or countries in the Asia Pacific region no one should be left unfiltered!

The US, the European Union have their respective diplomatic personal stationed and in each diplomatic enclave therein!

You have your respective attaches who can monitor the local media networks and a report therein compiled and submitted for immediate action!

It is time we handled these racist politicians in an international effort!

It will also prevent the same politicians speaking with a ‘warped logic, forked tongue and venom’ in domestic politics , but by some ‘inexplicable transformation’ (?) as ‘peace ambassadors and international statesmen’ in international boardrooms and forum!

These racists are no better than those who today target innocent soft targets and civilians be they in Bosnia, in Palestine, in Somali, Yemen, Iran, Pakistan the Arabian peninsula states, the African continent, North Korea, Myanmar or other South East Asian States!