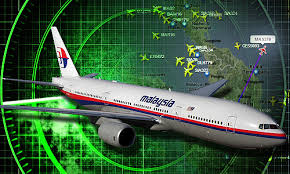 MH370 – The Truth Please Mr President Of The Free World?

“I met many of those who have lost loved ones on that plane in church, prayer houses, social outlets, our eyes meet, we look deep into each others eyes and feel the loss, pain and emptiness.

If only words and the Queens’s English could express the loss!

This is indeed cruel and we have enough of the fanfare and photo shoots thank you!”

Strange things are beginning to emerge when authorities go on a spin and say that wreckage of MH370 could possibly be washed ashore to Sumatra!

Even stranger when up to now we have had a global concerted effort to position the last sightings of the same plane further south?

Now all of a sudden – it has moved back or has it?

Is it time those who already have had the answers have the decency, dignity and political courage to come clean for God’s sake and for those still hurting having lost loved ones!

In the last two years, since we started this journey, post the disappearance of MH370 in the early hours, as I had my morning coffee in London, shocked, saddened and in anxiety – and since my meetings with many of those in the corridors of power and others – who have lost loved ones on that plane in church, or elsewhere when our eyes meet, we look deep into each others eyes and feel the loss, pain and emptiness.

If only the Queens English and words could express the loss!

This is indeed cruel and we have enough of the fanfare and photo shoots thank you!

Can the truth be told for once?

Or is it really true as a friend alerted me by this statement:

‘Maybe this plane did not crash on March 8th but rather it landed safely somewhere and then was ditched into the ocean on March 16th. No way plane parts of this size would float for more than a few hours after an accident which leads me to conclude this photo may have been taken a short time after this aircraft, if indeed an aircraft, impacted the water.’

He was indeed referring to possible photographic evidence of wreckage of MH370 off the coast of Sumatra. He had included links too and if true we are dealing with a major cover-up that makes the Watergate Scandal look like a child’s play!

By the way, what was indeed in the plane’s cargo haul and what was the real identities of several of those passengers on board MH370?

To my friends in high and low places – which includes HE, Mr President of the Free World – Can We Finally Have The Truth Sir?