Consumerist: Prime Minister Sir – It Is Time To Replace The Entire MAS Board If Its To Have A Future!

I am a friend. I have a huge following within MAS!

I am a frequent flyer too.

But what I am hearing and seeing is hurting and if things do not change for the better our once national pride now a pale shadow of old, will certainly be the joke of the airlines fraternity!

Prime Minister sir, it is time to move forward with a new vision and one with dedication and passion where personal interest and agenda is no more!

It is time to rebuilt this airlines from the tatters it is now!

Everything is wrong today.

Staff morale is at it slowest I know as I interface with flight crew and pilots all the time!

They are a great crew but if not appreciated and given the right tools and due?

The recent cutbacks internationally is a very badly thought response to decades of mismanagement and abuse at all level!

I will not say anything about Enrich and its quality and service either as it is embarrassing indeed! 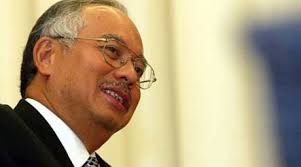 Let it be known in history that it was during your tenure Prime Minister sir, that the fight back to regain our pride in airlines management took flight and found the right note of excellence and professionalism!

As Malaysia’s lead Consumer Advocate protecting public interest I cannot but bring this to your attention sir!

Let me first start Prime Minister sir, with my dear friend and classmate from yesteryear who is a professional and a frequent flyer!

His comments which convinced me to start this thread! His comments first that appeared in his facebook posting.

No editing done on my part, to the following comments that appeared in the public forum on airlines!

“I think I can say that I am one of the ‘frequent traveller’ when it comes to flying with internional airlines.
There are no more amenities pack for overnight flights.
No wet towels upon boarding for long haul flights.
The inflight meals are much to be desired.
Its not a surprise that with all these shortcomings, An A380 from London to Kuala Lumpur that can take about 500 people only had 60 odd people. This figure could not even fill a B737-800 series.
I think, instead of cutting on its GOLDEN SERVICE, They should be cutting the heads at the top who are earning salaries way above and beyond their contributions to this airline.
By the way, MH 002 on 10Feb had 4 IFS (Inflight Supervisor).
Is it necessary for a non VIP flight with 193 people to have 4 IFS?”

I cannot emphasise enough how disappointed I am with Malaysia Airlines customer service. Last month, 64 hours before our flight we contacted Malaysia Airlines regarding a different matter to be told our upgrade had been accepted. Much to our horror when we asked we were notified that they had removed $1400 ($700 each) out of our account without our knowledge! There had obviously been a massive mistake as we were under the impression we had only bid $70 each and could never afford this. When we attempted to contact Malaysia Airlines in a panic we were given absolutely no help at all. We requested on numerous occasion to be downgraded and refunded as there had been an obvious mix up and we were now left with no spending money but our pleas were ignored. We were notified that we could only cancel our bid up to 72hrs before, but also that you do not get notified that your bid is successful until 48hrs what kind of system is this? Due to this we have now gone into debt as we had to borrow money to live off of. I was warned many times not to fly with Malaysia Airlines but thought I would give the airline the benefit of the doubt…..this was my mistake!! On top of all this when we got to Kuala Lumpur Airport for a 7hr stop over we were told by your staff that even though we were told in Sydney we’d be allowed access to the lounge that this was not the case as our upgrade was only for the first flight. Your staff then informed us that they would put us up in a hotel but we would need to go to the ticket desk in arrivals to get the details etc. After going through immigration we turned up to the ticket desk which to our disbelief was closed for another 2 hours. When it finally did open we were then informed that actually we were not being put up in a hotel and so had been clearly lied to. I can not tell you how much stress and worry this airline has caused us. We saved all year to be able to afford this holiday and it along with our Christmas was ruined. You have now left us with no option but to take this further and we will be contacted Fair trading. I can not warn people enough not to fly with this Airline now. After all your troubles over recent years I would have thought you as a company would be trying to restore peoples faith and trust in your airline but clearly not.

2 January 2016 Guest
booked and paid for flights from Perth to KL then into Paris and all was confirmed. now get an email saying they have cancelled flying into Paris. will go to heathrow instead. Have hotel reservatiions in Paris so dont want to get on another flight having flown from Australia and wait 3 hours to get it by the way to get to Paris! can I just cancel with them and get a refund? this is terrible service from an international airline.!!

Recently flew MAS on the London-KL route. Had a terrible experience upon check-in. We were told by the MAS check in counters in Heathrow that our reservation was not in the system. Apparently MAS has released our seats because they THOUGHT that we did not proceed with our first lag of the flight. Not only that, booked tickets in January 2015, and paid extra for the upper deck economy seats on the A380, only to be given seats on the lower deck. In flight service was sub standard too. Was very disappointed and felt cheated. MAS, if you are reading any of the complaints here, these are not the ways to treat your customers.

Worst airline ever. I boarded from Sydney with final destination as Mumbai. They gave me boarding pass from Sydney to Kuala Lumpur but didn’t gave me from KL to Mumbai. At the checkin they told your seat from KL to Mumbai is confirmed but due to some reason I can’t print boarding pass. Your pass will be ready at the gate when you reach KL(I confirmed it twice) . She also gave me receipt of my luggage till final destination. At KL they said that flight is overbooked and we can offer you a flight only after 24 hours. They kept me 24 hours at hotel. My cousin who drove 350km to Mumbai to receive me at Mumbai airport. He also had to * 24 hours and had to take hotel. This is today’s issue and I am still in KL. 12 more hours to go. Can anyone suggest if I can ask for compensation for wasting my 24 hours from my holidays and trouble to my relatives for domestic travel?

This airline is not getting better, it is getting worse. Christoph Mueller, as CEO, what are you actually doing in the way of customer service????