‘ A humble note to my learned friend: In a survey of over 200 respondents, who are made of foreigners coming from more than 30 countries worldwide, given an opportunity to review and assess the service provided by the local taxis – Malaysian Taxi Drivers came last!’ – Dr Jacob George 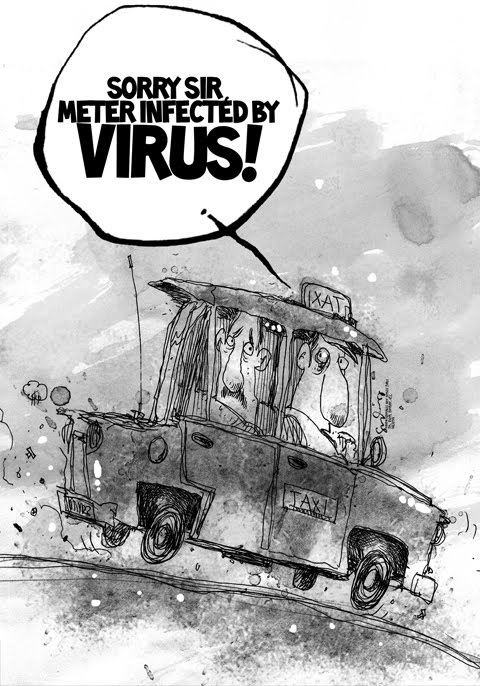 Since some quarters are all so excited to make our taxi drivers agents and propagandists to explain and propagate Malaysian government policies I think we need to continue having this discussion!

I want to thank the Malay Mail @The Paper That Care for their exposure on Taxi drivers yesterday.

In fact if you have been working closely with them as I have over the last three decade you would know that the Malay Mail has been rather committed and consistent on this matter for decades!

But since we are all on the same page and on the issue of taxi drivers were you aware that a survey conducted by a magazine found out that Malaysian taxis are among the worst, as compared to services in other 22 countries.

In the survey, over 200 respondents, which are made of foreigners coming from more than 30 countries worldwide, were given an opportunity to review and assess the service provided by the local taxis.

Among of the criteria measured are quality of taxi, ease of availability, driverâ€™s courtesy level and driver job knowledge. Each of the criteria was assessed on a 10-point scale.

Majority of the respondents gave bad impression to the service offered by the country.

Malaysia taxi scored a poor average point of 4.58 while the neighboring countryâ€™s average of 8.44 is sure to leave many Malaysians embarrassed.

The most frequent complaints by the respondents were the overcharging practice and the refusal to take passengers who were not agreeable to a flat fee.

Some of them went to the extend of labeling the Malaysian taxi service as â€˜a national disgraceâ€™, â€™source of national shameâ€™ and â€˜a threat to touristsâ€™.

The said local monthly magazine which has a circulation of around 6,000 copies on every publication.

And why do they behave such as after all taxi fares doubled last August!

But despite so taxi drivers are still overcharging passengers and refusing to use meters.

I am advised that Commercial Vehicle Licensing Board (CVLB) statistics showed that in the first two weeks of the New Year, some 1,000 taxi drivers refused to charge fares using the meters, overcharged or refused to pick up passengers.

If we want to change this irresponsible behavior what we need is the â€˜stick and carrot method!â€™

Suspend the licenses of those who misbehave! If they persist withdraw the license!

Of course, I am aware that there are many powerful politically connected individuals owing taxi licenses and some are alleged to have a â€˜string of companiesâ€™ for the same purpose!

On the other hand, there are cases of some without the political clout unable to get a license and driving for others!

Perhaps, it is time we re-looked at the distribution of the said licensing system and the allegations surrounding them as I am certain the powers that be are aware of them all!

Only the political will if it is there to see proactive action through! 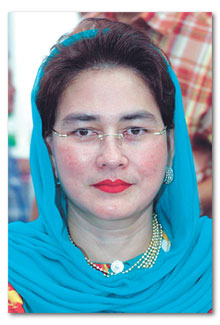 I may have to speak to my dear friend CVLB chairman Halimah Mohamed Sadique (see pix left) who is extremely result orientated, professional and I know tolerates no fools!

So I continue to agree with the 72 individuals â€“ Malaysians, Indonesians, Nepalese, Indians, Singaporeans, Thai, Australians and the Kiwis for their comments which concur my blog posting on the same!

And to the politician who felt I was unfair in my comments, I say â€“ res ipsa loquitor!